Over two short weeks, former FBI director James Comey has sold more than 600,000 copies of his new book, A Higher Loyalty, barnstormed the interview circuit and appeared frequently in public without a tie. For a former FBI director, any of these is a dramatic break from the norm.

So what does his book tell us? Chiefly this: that when President Trump asked Comey in February 2017 to “let” one piece of a criminal probe into the Russian influence operation against the prior year’s presidential election “go,” Comey declined, recorded the substance of the conversation in a memo and then, months later, leaked it to a reporter through a law professor. That move probably guaranteed that the federal probe into connections between Russia and the Trump campaign (and what, if anything, Trump knew about them) would continue.

Comey’s book is a fast and timely read. It includes a useful reminder of the impossible national-security choices our leaders faced in the wake of 9/11, and is a rare primer in the many unwritten rules between all those lawyers at the Department of Justice and all those agents at the FBI. Those rules, unwritten or otherwise, were front-page news during and after the 2016 election, when Comey had the task of sorting out whether either or both of the two contenders to be the 45th President had broken the law.

First came Hillary Clinton: it fell to Comey and the FBI in mid-2015 to investigate whether Clinton broke the law in 2009 when she set up a private email system and discussed classified information on that channel while she was Secretary of State. Because Democrats expected him to exonerate her and Republicans expected him to indict her, Comey was probably toast from the get-go. At one point in the summer of 2015, talking to a nearby special agent, he said of his predicament: “Nobody gets out alive.”

Comey argues there was no reason to charge Clinton in the email fiasco. Yet when he concluded the probe months later, in July 2016, Comey managed to upset both sides, by not charging Clinton with a crime but still calling her handling of the classified information “extremely careless.” A few months after that, the FBI briefly reopened the case just before the 2016 election. Although Comey again cleared Clinton, the controversy was center stage worldwide just hours before millions prepared to go to the polls. Many Democrats still blame Comey for Clinton’s defeat.

If the Comey and Clinton saga seemed like farce, his encounters with Trump were bizarre. Comey first met him during the transition at Trump Tower, where he informed the President-elect, among other things, about the efforts by Moscow to influence the 2016 election. It seemed odd to Comey that, with the top U.S. intelligence officials before him, Trump had no follow-up questions about the Russian threat or Moscow’s next moves.

Trump soon upped his courtship of Comey, appearing neurotic about the Democrats, obsessed with the size of his Inauguration Day crowds and worried about allegations that he spent time with Russian prostitutes in 2013. Trump pleaded with Comey to back off Michael Flynn, the National Security Adviser who had been talking with Russian counterparts before Trump took office.

Readers quickly see that Trump can’t count on Comey to be his errand boy; they may also conclude that Comey didn’t handle his Trump meetings deftly. He should have skipped several of them entirely, and when he did attend, he should have pushed back harder at Trump’s inappropriate demands. But it’s not easy to speak truth to power, and Comey likely did not want to be fired prematurely; as it happened, he lasted only until early May. A few days later, Comey slipped his memo to a law-professor friend who made sure it found its way to the newspapers.

Mueller took over the Russia probe within days of Comey’s firing. Given Mueller’s cool and undramatic nature, Trump probably now wishes he had left Comey in place. 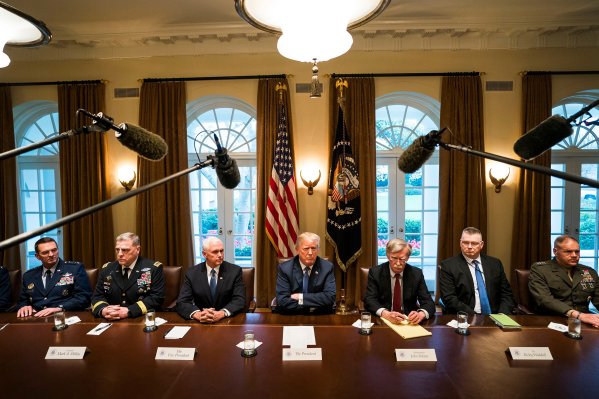