President Donald Trump awaits the arrival of President Muhammadu Buhari of the Federal Republic of Nigeria to the West Wing Portico of the White House in Washington, D.C., on April 30, 2018.
Cheriss May—NurPhoto/Getty Images
By Katie Reilly

In March, President Donald Trump angrily denied that he was unhappy with his lawyers handling the Russia investigation and refuted a report that he planned to hire another high-powered attorney. “They are doing a great job,” he tweeted. Less than two months later, Trump is making those very changes to his legal team.

The White House announced Wednesday that lawyer Ty Cobb will retire at the end of the month, and Emmett Flood, an attorney who represented Bill Clinton during his impeachment, will join the White House legal team. The White House confirmed Flood’s hiring after it was originally reported by the New York Times.

“Emmet Flood will be joining the White House Staff to represent the President and the administration against the Russia witch hunt,” White House Press Secretary Sarah Sanders said in a statement on Wednesday. “Ty Cobb, a friend of the President, who has done a terrific job, will be retiring at the end of the month.”

The White House said Cobb had been discussing his retirement for “several weeks.”

On March 11, Trump responded to a New York Times report that he wanted to add Flood to the legal team.

“The Failing New York Times purposely wrote a false story stating that I am unhappy with my legal team on the Russia case and am going to add another lawyer to help out. Wrong. I am VERY happy with my lawyers, John Dowd, Ty Cobb and Jay Sekulow. They are doing a great job,” Trump tweeted.

One month later, he added: “I have agreed with the historically cooperative, disciplined approach that we have engaged in with Robert Mueller (Unlike the Clintons!) I have full confidence in Ty Cobb, my Special Counsel, and have been fully advised throughout each phase of this process.”

The move comes as Trump intensifies his criticism of the Mueller probe, calling it a “witch hunt” and a “setup and trap.” On Monday, the New York Times published a list of more than four dozen questions that Mueller wants to ask Trump in an interview. Trump’s attorneys have not yet agreed to an interview, but Trump condemned the publication of the list of questions as “disgraceful.”

In a tweet on Wednesday, Trump also threatened to use his powers as President to “get involved” in the investigation. 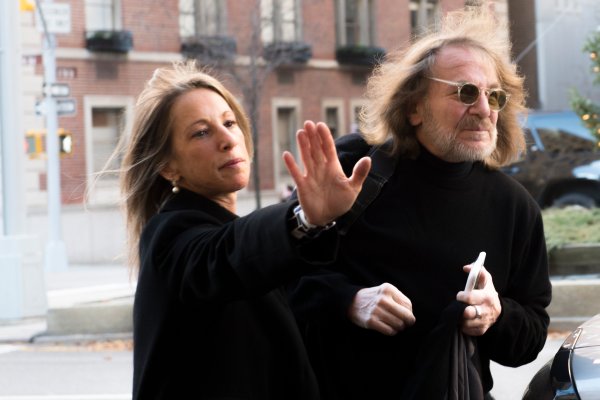