President Donald Trump’s former personal doctor, Dr. Harold Bornstein, now claims he didn’t write the infamous 2015 letter that promised Trump would be “the healthiest individual ever elected to the presidency.”

“He dictated that whole letter. I didn’t write that letter,” Bornstein told CNN on Tuesday. “I just made it up as I went along.”

Bornstein’s admission comes shortly after he told NBC News that Trump’s bodyguard and another man appeared without warning at his office last February and seized the president’s medical records. White House spokeswoman Sarah Huckabee Sanders said at a press briefing Tuesday that it was “standard operating procedure” for a new president to take control of his medical records.

Bornstein has in the past stood by the effusive 2015 letter — which called Trump’s blood pressure “astonishingly excellent” and praised his “physical strength and stamina” — though he did say in 2016 that he jotted it down in just five minutes. In his latest interview with CNN, however, he said he merely copied down Trump’s dictation and told him “what he couldn’t put in there.”

“That’s black humor, that letter. That’s my sense of humor,” Bornstein said. “It’s like the movie Fargo: It takes the truth and moves it in a different direction.”

Neither the White House nor Trump have commented on Bornstein’s latest allegations about the 2015 letter.

Bornstein’s return to the public eye comes in the midst of a scandal involving Trump’s other doctor, White House physician Ronny Jackson, who withdrew his bid to lead the U.S. Department of Veteran’s Affairs following allegations of misconduct on the job. 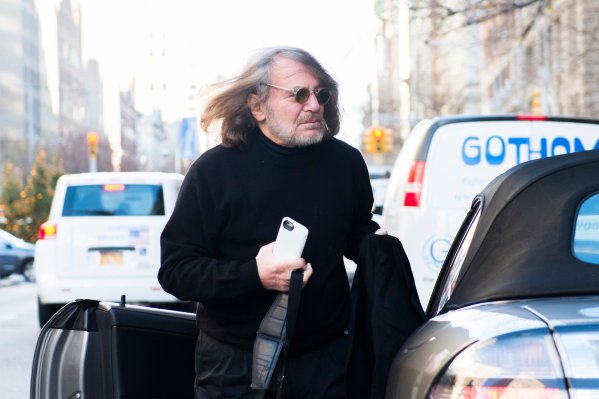