Demonstrators in Armenia blocked roads to the airport and the capital Yerevan Wednesday after popular opposition leader Nikol Pashinian was prevented from becoming prime minister of the former Soviet state.

“We will paralyze the whole city and the whole country,” one supporter, wearing a T-shirt carrying Pashinian’s portrait, told Reuters.

Sarksyan, who served as Armenia’s president for 10 years, had sought a parliamentary vote to transfer powers from the presidency to the prime minister, a move that many saw as an attempt to subvert term limits and cling to power. But on April 23, he agreed to step down, saying, “Nikol Pashinian was right. I was wrong.”

The country’s ruling elite has been less willing to relinquish power. Pashinian was the only candidate in a snap parliamentary election Tuesday, but the Sarksyan-allied Republican Party still refused to grant him the prime minister’s post, setting up another vote in one week. If Pashinian again fails to obtain the majority’s support, a nationwide election will be called.

Most Popular on TIME
1
‘You Bet Your Ass I've Got Regrets.’ As Election Day Nears, More of Trump’s Former Officials Are Speaking Out Against Him
2
Everything You Need to Know About Nurse Ratched Before Watching the New Netflix Show
3
Megan Thee Stallion Is on the 2020 TIME 100 List 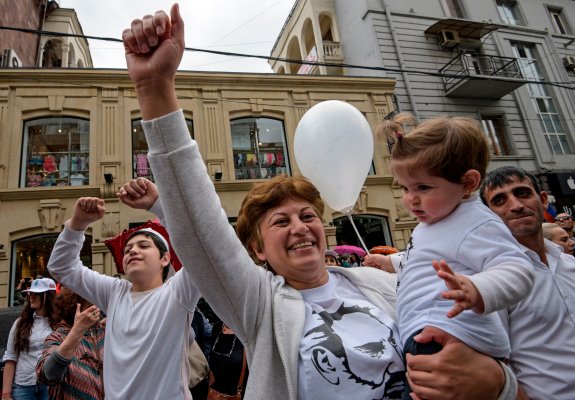