French police have arrested more than 200 masked demonstrators who wrecked havoc on Paris Tuesday, smashing shop windows, setting cars alight and torching businesses in an attempt to disrupt the annual May Day rally organized by labor unions, the BBC reports.

Labor and student union members were marching near the river Seine when they were interrupted by demonstrators clad in black, with some wearing balaclavas and gas masks. France 24 reported that the demonstrators began chanting, “Everyone detests the police.”

Authorities had warned of the possibility that far-left anarchist groups, known as Black Blocs, would attempt to incite violence during the planned peaceful May Day gathering, after factions issued a call on social media to make Tuesday a “Revolutionary Day”.

“Activists from extremist anti-establishment groups are looking, during the traditional May 1 demonstration, to lash out violently against law enforcement as well as symbols of capitalism,” the Paris police said in a statement. Banks, real-estate offices and car dealerships were named as potential targets.

Around 1,200 hooded and masked anarchists took part in the riot, police told the BBC.

A McDonald’s restaurant near the Austerlitz train station was ransacked and then torched, vehicles and a car dealership were set ablaze and graffiti was scrawled on walls.

Police deployed water cannons and tear gas to try to disperse the rioters.

Four people, including a police officer, sustained mild injuries in the scuffle, according to the BBC.

The worst unrest to hit the capital in months comes amid heightened tensions over President Emmanuel Macron’s social reform agenda, which proposes loosening labor regulations to stimulate France’s economy. This month also marks the 50th anniversary of the May 1968 civil unrest when millions poured onto the streets in demonstrations and strikes that ground France to a halt.

Over Twitter on Tuesday, Macron condemned the violence and pledged to hold the perpetrators responsible. 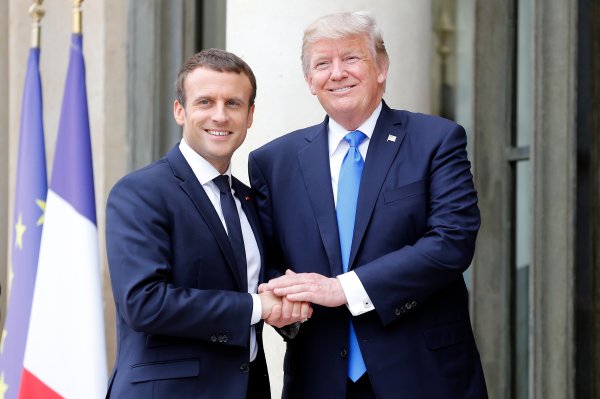