Netanyahu initially told Trump about the haul of documents during their meeting in the Oval Office on March 5, and the two leaders discussed how Israel would make the information public during a phone call on Saturday, April 28, according to two people briefed on the conversations who spoke on the condition of anonymity.

“We had discussions with Israel about their rollout and we were notified prior to their announcement,” Sarah Huckabee Sanders said Tuesday in response to a question from TIME.

Standing in front of a large screen, Netanyahu said Israel had taken the documents stored secret location in Tehran to preserve the documents in case Iran wanted to restart a nuclear weapons program. In Netanyahu’s view, the documents show Iran misled inspectors about its past pursuit of nuclear weapons in a program called Project Amad from 1999 to 2003. “Iran lied. Big time,” Netanyahu said. The International Atomic Energy Agency did know about the project before the Iran nuclear deal was signed in 2015 and published information about it in 2011.

Some speculated that Netanyahu’s presentation on Monday, with its simple phrases and bold visuals, was aimed at convincing Trump to walk away from the deal in which Iran agreed to freeze its nuclear program in exchange for lifting of harsh financial restrictions. Trump faces a deadline on May 12 to decide whether to keep up the U.S. end of the deal or restore sanctions.

But the presentation may have had another objective as well: to amplify Trump’s view that the Iran intends to restart a nuclear weapons program after some restrictions on enriching uranium begin to expire in 2025. Trump’s new Secretary of State Mike Pompeo traveled to Brussels on Friday for a meeting with European foreign ministers, in part to discuss ways to address Trump’s concerns about the deal.

“Absent a substantial fix, absent overcoming the shortcomings, the flaws of the deal, he is unlikely to stay in that deal past this May,” Pompeo said.

White House officials later changed “has” to “had” on White House website, but no corrected release was sent out.

Asked about the mistake, Sanders said: “We think the biggest mistake that was made was under the Obama administration by ever entering the deal in the first place. That, to me, seems to be the biggest mistake in this process; not a simple typo that was immediately corrected and notified individuals as soon as we knew that it had happened.” 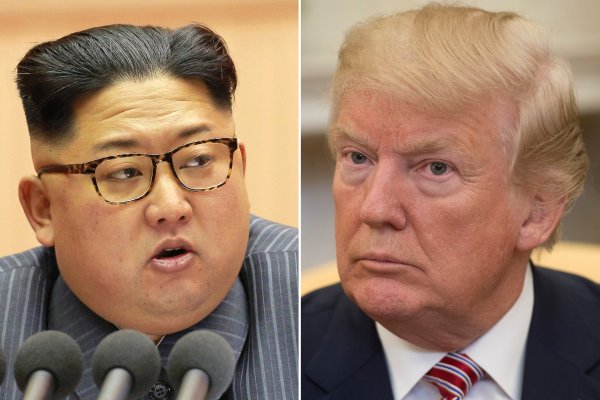 Will Trump Make a Bad Deal With North Korea?
Next Up: Editor's Pick