The scientific group Genome Project-write (GP-write) announced on Tuesday that they plan to launch a “grand-scale community-wide project” to develop cells that are resistant to viruses, as well as cells that are potentially resistant to radiation, freezing, aging and cancer. It’s the first step, it says, toward producing “ultra-safe cells” at will.

“Ultra-safe cells could have a major impact on human health,” said George Church, a geneticist at Harvard Medical School and one of four members of the GP-write Leadership Group, in a statement. GP-write is kicking off a working meeting Tuesday in Boston.

“There is very strong reason to believe that we can produce cells that would be completely resistant to all known viruses,” Jef Boeke, director of the Institute for Systems Genetics at NYU Langone Medical Center and one of the GP-write leaders, told STAT. “It should also be possible to engineer other traits, including resistance to prions and cancer.”

MORE: How Gene Editing Could Save Coral Reefs

Recoding the human genome to make it virus-resistant is the first stage of the more ambitious goal of the project — to make any genome, including the human genome, in a lab. The effort gained a boost with a new partner, biopharmaceutical company Cellectis, which will be providing Church’s lab with its virus-targeting technology that relies on the genome editing tool TALEN, which can make highly precise changes to DNA. The group plans to create virus-resistant genes through DNA recoding. Essentially, it’s a way to confuse viruses so they can no longer read the human genome and exploit human genes to help the virus reproduce. Human DNA is ‘read’ in groups of three letters (made up of DNA’s A, C, G and T) known as codons, and each codon represents an amino acid. Strings of amino acids make up proteins. There is redundancy in this system, so different three-letter codons can code for the same amino acid. Recoding the human genome to eliminate this redundancy, so that only one codon codes for a particular amino acid, stumps the virus and prevents it from reproducing. Already, Church showed this approach is feasible by testing genetic changes on the bacteria E. coli; after making 321 changes to the bacteria’s genome, the microbes were resistant to certain viruses. Creating such resistance in human cells, however, will be a much harder feat. “Recoding every protein in the human genome…would require 400,000 changes,” Church said in the statement.

Several institutions are slated to participate in the project, which could have major implications for health. In the statement, the researchers cite the fact that viruses can often contaminate medicines while they’re being manufactured, resulting in major financial losses for drug companies. “Ultra-safe cells could thus make pharmaceuticals safer, cheaper and more reliable,” says Church.

The GP-write leaders say they hope to complete their project within 10 years. 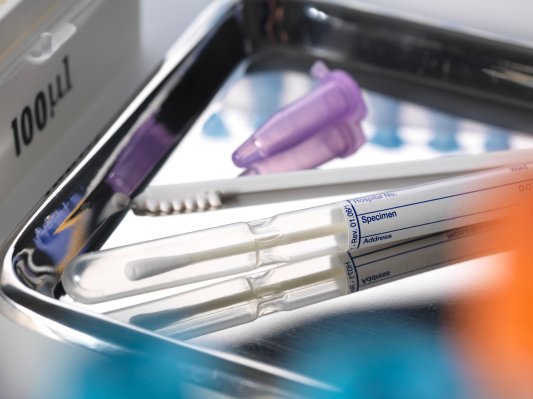 A DNA Site Helped Authorities Crack the Golden State Killer Case. Here’s What You Should Know About Your Genetic Data Privacy
Next Up: Editor's Pick