I Was a Correspondents' Dinner Comedian. Michelle Wolf Was No Bully

Ideas
By Elayne Boosler
Boosler is a writer, comedian and the founder of Tails of Joy animal rescue; she performed at the White House Correspondents' Dinner in 1993, during President Bill Clinton's first year in office.

Been there, done that. The first thing you have to know about the White House Correspondents’ Dinner, which I performed at in 1993, is that every comedian who entertains there is trashed by the press and members of government as soon as it is over. Even if you got huge laughs with brilliant commentary, you will be attacked. It’s almost as if members of the government are so used to denial and backtracking, they can’t admit they just had a good time (and here they don’t even have to use taxpayer money and NDAs to keep people quiet about it). So you go in with guns blazing; you’re going to pay the price anyway. It’s your chance to “write your Congressman.”

Why do they bring comics in for this? The press and government are so insulated, they think they need to hear one outside voice — one person who travels the country and moves among real people. But as soon as they hear what real people are saying, they get rabid.

Male, female, clean, “dirty,” the only real criteria for a comedian is “funny.” This year, Michelle Wolf’s political jokes were so funny and mostly on target, and so there’s the usual firestorm. (It just seems bigger this year due to the proliferation of social media outlets and endless news programming.) Outrage is how you know you did well. Here’s how well she really did; since the media can’t defend against the truth in her jokes, they’ve decided to rally around White House Press Secretary Sarah Huckabee Sanders, the apologist for a man who is dismantling decades of hard-won progress for women’s dignity, equality and reproductive freedom, over a joke they wrongly said was critical of her looks.

Sanders is a human steamroller — regularly shutting down journalists’ inquiries about the truth — yet she puts on an evening dress (I thought she looked lovely, by the way) and suddenly she’s Blanche DuBois? If the attendees didn’t get the joke about Sanders “being great in The Handmaid’s Tale” (which I will laugh at for the next 10 years), it’s because this administration is so anti-woman, they’ve never read the book or seen the show. Then-candidate Trump once said of Carly Fiorina, “Look at that face! Can you imagine that, the face of our next president?” Where was their outrage then — for an actual slam at a woman’s looks, and one not said in the context of comedy?

When I did the dinner, I was criticized for my jokes about capital punishment, abortion, gun control, sex education — all of which would sadly still work today, because we can’t make enough progress in this country. That’s why we need a Michelle Wolf, and the next comic, and the next, to get up there and keep saying it, in front of the people who write about it and the people who make the laws. Maybe to punish them all, next year a comic should come up and just talk about airlines, cell phones and being single.

Margaret Talev, president of the White House Correspondents’ Association, said the evening is supposed to promote unity. Maribel Perez Wadsworth, the publisher of USA Today, wrote a letter to Talev: “Ms. Wolf represents one point of view… Is it appropriate that we invite a celebrity to launch a relentless… attack on the very people we cover?”

They’re both missing what was missing: The President.

No matter what the comedian’s politics have been since the dinner began letting comics lead the event in 1983, the President of the United States was there to respond. The President got his chance to roast and counter-attack in the spirit of the evening and, yes, in the spirit of unity. President Trump is the first in decades to hold his office and not attend — which last occurred in 1981, when President Ronald Reagan, who called in by phone while recovering from an assassination attempt. Like all bullies, current President “I’d run in there even if I didn’t have a weapon” is a coward. He’s capable of delivering his “witticisms” against the media, Democrats and others only from a safe distance. Like all bullies, he can never engage on an even playing field.

Yessiree, Saturday night he was the funniest guy in Washington, Michigan. No contest.

When I did the dinner in 1993, President Bill Clinton had just come off one of the worst first 100 days in office: the Tailhook scandal, the Branch Davidian fiasco, not getting his budget passed and so on. Yet he showed up, took the hits and brilliantly answered in the spirit of the evening. That takes intelligence.

Wolf was “wildly inappropriate” and “raunchy” and didn’t take the high road? The high road was demolished at Donald Trump’s first presidential debate and is now a sinkhole. Mocking the disabled is inappropriate. Raunchy and vulgar? Well, that’s just locker room talk. If only Michelle Wolf had smiled more…

Whatever you think of this dinner, it’s a venerable tradition in a free country that celebrates a free press. By not attending, this president continues his bulldozing of American traditions like decency, inclusiveness and fair play. His review from afar? “This was a total disaster and an embarrassment to our great Country.” He ought to know. The comic reflects the times. 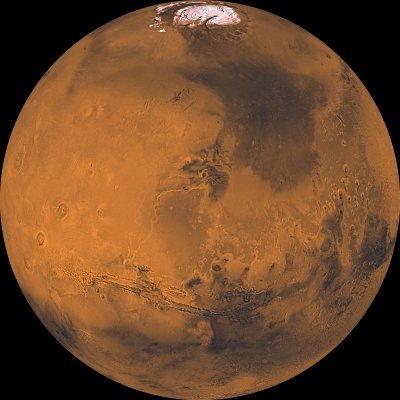 Why Earthlings Are So Obsessed With Mars
Next Up: Editor's Pick