How Workers and Activists Around the World Are Celebrating May Day

In many parts of Europe, May Day is still celebrated as the onset of spring with picnics and outdoor barbecues. But across the world, May 1 is also traditionally marked with strikes, parades and occasionally violent protests.

In the Philippines, an estimated 10,000 workers marched in the capital, Manila, to protest against short-term employment contracts. Protestors burned an effigy of President Rodrigo Duterte labeled “Liar King,” a reference to the president’s 2016 campaign promise to stop employers hiring workers on short-term contracts without sufficient benefits, Reuters reports. Trade unions say the practice has continued.

Laborers and activists carry an effigy of President Rodrigo Duterte as they march towards Malacanang presidential palace during the May Day rally in Manila, Philippines on May 1, 2018.
Ted Aljibe—AFP/Getty Images

In South Korea, dozens of activists clashed with the authorities after an attempt to install a statue outside the Japanese consulate in the southern city of Busan. Ten protestors were injured as police tried to break up a sit-in, South Korea’s Yonhap news agency reports. The statue was intended to commemorate forced labor victims under Japanese colonial rule from 1910 – 1945.

Workers hold placards and banners during a gathering to mark International Labour Day, or May Day, in Phnom Penh, Cambodia on May 1, 2018.
Tang Chhin Sothy—AFP/Getty Images

In Cambodia, labor activists rallied for a higher minimum wage after the government banned a planned citywide march. Two thousand garment workers gathered in a park in Phnom Penh but were stopped by riot police. And in Hong Kong, about 5,000 workers marched to pressure employers to accept a government proposal that would stop them withdrawing money from pension funds to cover other costs, the South China Morning Post reports.

In a more buoyant commemoration, Malaysian Prime Minister Najib Razak announced “five gifts” for the country’s 14 million private sector and civil service workers, including social security coverage and a promised minimum wage hike if his party is victorious in elections next week.

Turkey, meanwhile, declared security concerns would keep the symbolic Taksim Square in Istanbul off-limits for May Day celebrations. In 1977, 34 people were killed there during a May Day event when shots were fired into the crowd from a nearby building. This year, a small group of demonstrators who tried to defy the ban were detained by police, according to the Associated Press.

In the U.S., pro-labor marches are planned in cities across the country Tuesday, as are counter-demonstrations by far-right groups and militias in Seattle and Los Angeles, raising concerns of violence, Al Jazeera reports. 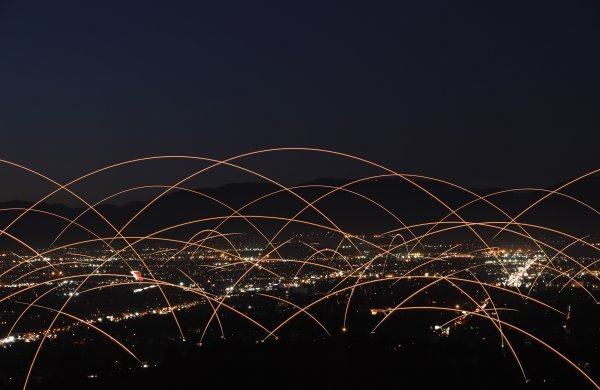 The YouTube Shooting Reflects a Growing Anger in the Digital Workforce
Next Up: Editor's Pick