Why Democrats Would Prefer This Senate Candidate Not Talk About Impeachment

NEW YORK, NY - JANUARY 20: A demonstrator holds up a banner saying "Congress, I Want You To Impeach Trump" in front of Trump International Hotel and Tower during the second annual Women's March in the borough of Manhattan in New York City, U.S. on Saturday, January 20, 2018.
Ira L. Black - Corbis—Corbis via Getty Images
By Alana Abramson

Democratic strategists hope to avoid any talk of impeaching President Donald Trump in the midterm elections, but one longshot Democratic Senate candidate is already bucking the script.

On Monday, frequent Trump critic Richard Painter announced he would challenge incumbent Democratic Sen. Tina Smith in the primary, and in his kickoff speech and an interview with TIME he made clear that calls for impeaching the president would be a major part of his platform, arguing that Congress should follow the model of the Watergate investigations which brought down President Richard Nixon.

“We’re well past the point that we were when the House and Senate in 1973 … had hearings, real hearing with testimony, and we gotta get going on that,” Painter told TIME. “That would be a very important component [of my campaign] that we need to hold the executive branch accountable: the President and everyone working for him.”

One thing that could hurt Painter’s chances: He’s a former Republican, who served as ethics lawyer in the George W. Bush White House – something the Democratic Senatorial Campaign Committee has already seized on in a digital advertisement. “In 2016, Painter supported Jeb Bush, Marco Rubio, and John Katich – but now he wants to join the race as a Democrat. Add your name if you would rather have an authentic Democrat instead!” the ad reads.

“People who search for information about him will be able to learn that he’s a Republican,” said one DSCC aide when asked about the advertisement.

Impeachment isn’t all that Painter plans to run on. He says he also wants to address campaign finance reform — he’s disavowed taking money from political action committees — and the influence of corporations in Washington.

But his emphasis on impeachment talk sets him apart from most other Democratic candidates.

While 58 Democrats in the House of Representatives voted on a resolution recommending impeaching Trump, the idea is frowned upon by party leaders. House Minority Leader Nancy Pelosi has called talk of it “a waste of time and energy,” and her Senate counterpart Chuck Schumer has said it’s premature. Even Sen. Bernie Sanders has said Democrats shouldn’t “jump the gun.”

Polling shows voters are split on the issue, but lean towards the view of the mainstream Democrats; according to a recent poll from PBS Newshour/NPR/Marist, 47% of voters wouldn’t support a candidate who is in favor of impeaching the President, and 42% would. However, 70% of voters who identified with the Democratic Party said they would support a candidate who was a proponent of impeachment.

Smith, who was appointed to the seat to replace Sen. Al Franken, who resigned after a sexual misconduct scandal, has avoided the subject, but Republicans were already excited by the prospect that she’ll be forced to talk about impeachment.

“Painter’s arrival will force Smith to go even further to the left and puts her between a rock and a hard place in a state that continues to trend right,” the National Republican Senatorial Committee wrote in an e-mail to reporters Monday. “Will Smith join Painter’s unpopular crusade to impeach President Trump? Or will she split with Painter and risk alienating her base?”

Karin Housley, a Minnesota state senator and Republican who is vying for the Senate seat, had similar thoughts. “Mr. Painter has repeatedly called for the impeachment of President Trump, an extreme notion deeply unpopular with many in our state. Minnesotans will reject Mr. Painter’s façade for exactly what it is – an attempt to delegitimize our president and force Tina Smith even farther to the left,” she said in a statement.

When asked if he would be pushing Smith on the issues surrounding impeachment, Painter replied, “Tina Smith is going to talk about what she wants to talk about.”

“I’m going to lay out the most important issues for me and thats gonna be one of them,” he continued, referring to pushing for Congressional hearings on impeachment should the Democratic party regain the majority in both chambers.

Smith’s campaign issued the following statement when asked specifically about Painter pushing her on impeachment: “Senator Smith is focused on working hard and being a strong advocate for the people of Minnesota, and she looks forward to earning and asking Minnesotans for their support.”

Painter was much more critical, however, of Democrats who want to sidestep the issues of impeachment altogether. “If Democrats don’t want to say impeachment they should talk about hearings,” he said. “I don’t think there are any Democrats who does not want to have hearings circa 1973 [who are] doing their job.” 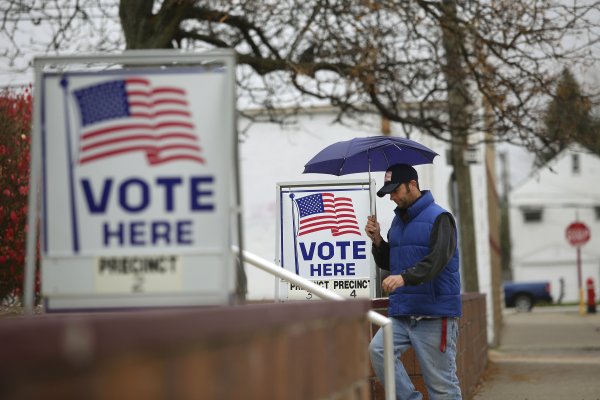