A portrait of Theodore Roosevelt (1858-1919) in buckskin, without his trademark glasses. This portrait is dated 1885, the year he retired to his ranch in the Dakota Territory, following the death of his mother and first wife.
Historical/Corbis/Getty Images
By Philip Dray

The studio photograph of Theodore Roosevelt in a buckskin hunting costume, rifle at the ready, remains one of the most iconic images of the American conservation movement. That he looks ready to kill something is no affectation; Roosevelt was a gung-ho hunter all his life. Yet his legacy is so much larger, as was the principled example he lived, of the compatibility of hunting wildlife and the protection of wildlife and wilderness. It was a synthesis that would define not only his efforts, but the nascent conservation movement that he came to symbolize.

Born in 1858 in New York City, he was the son of Theodore Roosevelt Sr., a founder of the American Museum of Natural History; the museum charter was approved in 1869 in the front parlor of the family brownstone on East Twentieth Street. Theodore’s father, in response to his son’s childhood asthma, urged the boy toward an outdoor, athletic life. The son was duly swept up by the works of James Audubon, William Bartram, and Alexander Wilson, as well as the boy-hunter novels of Mayne Reid, and came to know the books of Frank Forester, although he looked askance at Forester’s aristocratic fussiness about purebred hounds, cognac and the nomenclature for groups of ducklings.

Roosevelt, by contrast, would cultivate the twin modes of frontiersman and exacting naturalist. To improve his ornithological study and sketching, he sought tutoring in basic taxidermy and, at age 12, shot a number of winged specimens while on a family trip to Egypt. He hunted and developed his expertise as a natural scientist in the Adirondacks, but a truer apprenticeship began in 1884, after his young wife, Alice Hathaway Lee, died in childbirth. Brokenhearted, he put his nascent New York political career on hold and, with no certain date of return in mind, left the East to grieve alone in the Badlands of the western Dakotas.

As for many a tenderfoot, one of the first impulses Roosevelt acted on was to shoot a buffalo, and over the next several years he added numerous other trophies—a bighorn sheep, a 1,200-pound grizzly bear, as well as a mother bear and her cub. He also invested about $80,000, half of his inheritance, in a cattle ranch, much of which he lost over the hard winter of 1886–87, when tens of thousands of cattle across the region froze or starved to death. While a touring correspondent for the Pittsburgh Dispatch found him “a pale, slim young man with a thin piping voice and a general look of dyspepsia about him . . . boyish looking . . . with a slight lisp, short red moustache and eye glasses . . . a typical New York dude,” Roosevelt was determined to attain a rugged manhood that would require no caveat about his big city origins or his being a son of privilege.

He became a western ranchman by sheer force of will, developing passable skills as a rider and hunter, once even leading a posse to capture three armed thieves who had made off with his rowboat during a spring flood. His exuberant love of the chase was integral to his identity, and he honored it with his wardrobe, ordering a fine buckskin outfit made in the mode of his heroes Daniel Boone and Davy Crockett. This was the suit he posed in, complete with moccasins, rifle and sheath knife, to promote his 1885 book, Hunting Trips of a Ranchman. The image couldn’t help but appear dubious to anyone who knew his upbringing, and later, when he became famous for his hunting, critics would mock him as a boy who never grew up, or as someone with an inordinate need to kill living things. Of course, it would never have struck Roosevelt himself that he looked the poseur: the photograph was a sincere representation of his belief not only in what he was, but the kind of person he thought all American men should aspire to be.

His hunting was prodigious. He took pride in shooting large tallies of birds and other fauna and securing significant trophies, some of which, as a naturalist, he termed “specimens.” But to Roosevelt, the hunting of wild creatures and the taking of animal hides and horns was always about something greater—a primal reconnect with the natural, precivilized world and “the free, self-reliant, adventurous life, with its rugged and stalwart democracy.” Hunting was not merely recreation but a transformation, one with stages of apprenticeship, youthful testing and eventual self-mastery.

Roosevelt’s path to prominence in the cause of wildlife preservation began, strangely enough, with a comeuppance he experienced at the 1885 publication of Hunting Trips of a Ranchman. The book was for the most part well received, but one very mixed review came from George Bird Grinnell, now the editor of Forest and Stream, who had replaced the brilliant but intemperate Charles Hallock. While commenting favorably on Roosevelt’s skills as a New York state politician and his interest in the West, Grinnell suggested that as a newcomer to the region he had missed some of its subtleties. “We are sorry to see that a number of hunting myths are given as fact, but it was after all scarcely to be expected that with the author’s limited experience he could sift the wheat from the chaff and distinguish the true from the false,” Grinnell wrote, allowing that the book’s naïveté lent it a certain charm.

It was this damning-with-faint-praise that got under Roosevelt’s skin most, and the indignant author immediately presented himself at the Forest and Stream offices to demand an audience with his critic, whom he had never met. After a lengthy conversation, he was honest enough to acknowledge that in Grinnell, who like him came from an old and affluent New York family, he had met his better, at least as far as the West was concerned—a man, after all, who had ridden with Custer, lived among the Cheyenne, and dug for relics under the gaze of Othniel Marsh. The styles of the two, who soon became friends, proved complementary, Grinnell an older, more sophisticated, methodical, less restless version of Roosevelt, who awoke each day eager to grab life by the lapels.

Out of their conversations and correspondence grew the idea for the founding in 1887 of the Boone and Crockett Club. The purposes of the organization, to comprise hunter-naturalists, were to “promote manly sport with the rifle,” create an exchange of information about big game and where it could be found, spread the ideals of ethical hunting and an interest in natural science, and advocate for wildlife preservation and related legislation. “Although hundreds of sportsmen’s associations with a similar goal were already in existence,” notes conservation historian John F. Reiger, “too many of them were concerned only with local wildlife conservation or spent more time talking about protecting game than in actually working for it.” One immediate opportunity for the organization resulted from the newly federally enacted Dawes Severalty Act, which broke up large Indian reservations for the purpose of making individual property allotments to Native Americans; the act also made available millions of acres of former tribal lands for purchase by non-Indians. The Boone and Crockett Club, whose roster included elite sportsmen from New York’s financial industry, jumped at the chance to secure some acres as game refuges.

“All hunters should be nature-lovers,” declared Roosevelt, chosen as the club’s first president, in paraphrase of the organization’s purpose. “It is to be hoped that the days of mere wasteful, boastful slaughter are past and that from now on the hunter will stand foremost in working for the preservation and perpetuation of wild life, whether big or little.”

Within a decade of its founding, however, with the worsening crises of species displacement and loss, the club was forced to pivot dramatically. “Founded as an association of amateur riflemen,” Grinnell recalled, “it became apparent that large game was disappearing so rapidly that unless measures were taken . . . there was danger many specimens would be exterminated. Thereby (its) purpose . . . became gradually modified . . . and grew to be a club more interested in conservation than killing.” The new emphasis on restraint was soon visible. “Those who used to boast of their slaughter are now ashamed of it,” he said, “and it is becoming a recognized fact that a man who wastefully destroys big game, whether for the market, or only for heads, has nothing of the true sportsman about him.”

In a sense, it was the sport hunter’s own ethos of civilized hunting—what the Boone and Crockett Club termed fair chase—which had brought them here. The good hunter’s appreciation of wild places, his respect for the game he hunted, for the rules of fair play and observed hunting seasons, all had led directly to this looming project, as daunting as it was grand: scientific game management and conservation.

Adapted from The Fair Chase: The Epic Story of Hunting in America by Philip Dray. Copyright © 2018 by Philip Dray. Available from Basic Books, an imprint of Perseus Books, a division of PBG Publishing, LLC, a subsidiary of Hachette Book Group, Inc. 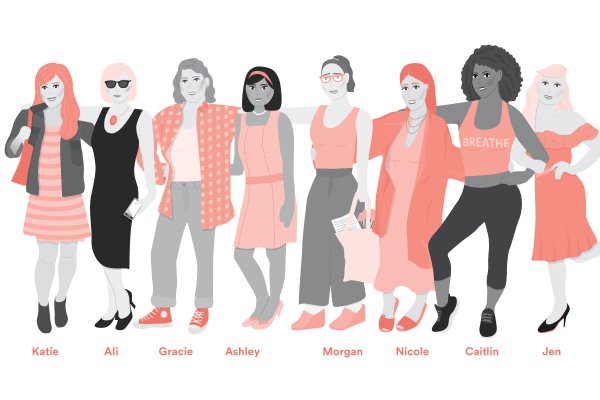 How to Cope When You Have an Emergency With Your Bridesmaids Dresses
Next Up: Editor's Pick