The invitations for Kit Harington and Rose Leslie’s wedding have reportedly been sent out, and with them, a nod to a little old show called Game of Thrones.

According to The Daily Mail, while the invites themselves weren’t Thrones themed, the former co-stars paid tribute to their onscreen romance by decorating the envelopes with stamps featuring Jon Snow.

“They organised the wedding quickly because they didn’t want information to leak,” an alleged friend of the actors told Daily Mail. “But putting Kit’s face on the envelope might be a bit of a giveaway, at least for postmen across the country.”

The couple announced their engagement in September 2017, but were rumored to have been dating since meeting on the set of Thrones in 2012.

“I fell in love in Iceland,” he revealed during a 2016 appearance on The Jonathan Ross Show, referring to the filming location of Jon and Ygritte’s scenes beyond the Wall. “I fell in love with my co-star.”

See the stamps below. 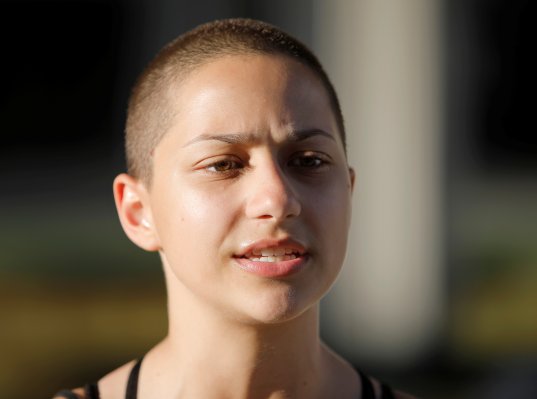 Kanye West Called Emma Gonzalez His Hero. She Responded by Saying James Shaw Jr. Was Hers
Next Up: Editor's Pick