The world’s oldest known spider has died after a record-breaking lifespan of 43 years, according to researchers in Australia.

The spider, known as Number 16 to Australian scientists, was a female trapdoor tarantula living in Western Australia’s Central Wheatbelt region, Agence France-Press reports. The spider didn’t die of old age, however, but was killed by a wasp sting, researchers said Monday.

The long-lived arachnid far outlasted the previous record holder, a 28-year-old tarantula in Mexico, according to a study published in January in the journal Pacific Conservation Biology. Number 16 was discovered during a spider population study in 1974, and has been monitored by researchers since then.

“To our knowledge this is the oldest spider ever recorded, and her significant life has allowed us to further investigate the trapdoor spider’s behavior and population dynamics,” said Curtin University’s Leanda Mason, the lead author in study.

Speaking to the Telegraph, Mason said the team were “really miserable” over the spider’s death.

Trapdoor spiders, which are common across Australia and can be found in the wild as well as in residential areas, typically live between five and 20 years. Females often live most to all of their lives in the same burrow hole, and are not considered dangerous to humans. 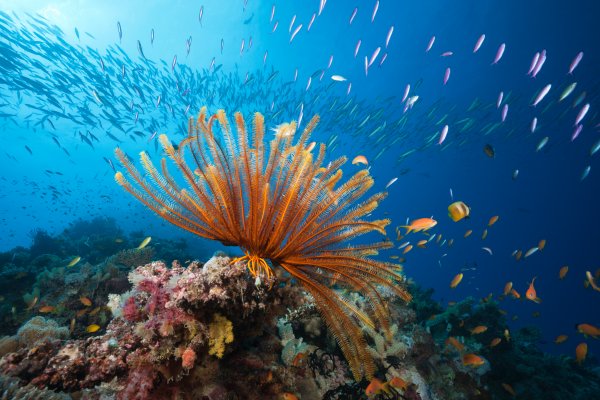 Australia Pledges $379 Million to Save the Great Barrier Reef
Next Up: Editor's Pick