Comedians rushed to defend Michelle Wolf as she received a wide array of criticism and praise for her controversial performance at the White House Correspondents’ Dinner Saturday night in Washington, D.C.

The comedian, best known for her role on The Daily Show with Trevor Noah and her HBO stand-up special, skewered Trump administration officials, the media, Democrats and Republicans at the dinner, which President Donald Trump opted to skip for the second year in a row.

But a number of attendees and viewers of her performance, including high-profile journalists and politicians, criticized Wolf for her pointed comments at White House Press Secretary Sarah Huckabee Sanders. Wolf compared Sanders to Aunt Lydia, the terrifying indoctrinator of The Handmaid’s Tale, and insinuated Sanders represented “white women who disappoint other white women.”

“I actually really like Sarah,” Wolf said at the dinner. “I think she’s very resourceful. She burns facts, and then she uses that ash to create a perfect smokey eye. Like maybe she’s born with it, maybe it’s lies. It’s probably lies.”

While some high-profile journalists, politicians and other viewers criticized Wolf’s comments, comedians and writers defended her. The Big Sick‘s Kumail Nanjiani criticized those who praised Sanders for handling the jokes well, and The New Yorker‘s Emily Nassbaum praised Wolf for avoiding jokes about Sanders’s appearance, as others have done in the past.

Others in the entertainment industry, including Judd Apatow, Anthony Bourdain and Kathy Griffin, defended Wolf’s performance in light of growing criticism Sunday.

The comedian, whose new Netflix show debuts in May, seemed to take the criticism well. When former White House Press Secretary Sean Spicer took to Twitter to call the dinner “a disgrace,” Wolf responded: “Thank you!”

Last year’s host Hasan Minaj tweeted his support for the comedian before the dinner, and later retweeted her response to Spicer.

For years, the White House Correspondents’ Dinner has featured a comedian and a “roast” of the current presidential administration and political climate. While Trump has not attended the dinners during his presidency, former presidents consistently attended and participated in them. Comedians performing at the events in the past drew ire, including Stephen Colbert whose performance as his famous, right-wing character at the 2006 dinner under George W. Bush’s administration received criticism when some said he “bombed.”

More than a decade later, Trump used similar rhetoric to critique the dinner despite his absence. Trump was instead at a campaign-style rally in Michigan.

As some in the press corps pushed for an apology to Sanders, Margaret Talev, the president of the White House Correspondents’ Association, said Wolf’s jokes did not reflect the views of the press corps.

“The association by tradition does not preview or censor the entertainer’s remarks,” Talev told Politico. “Some of them made me uncomfortable and did not embody the spirit of the night. And that is protected by the First Amendment. I appreciated Sarah Sanders for joining us at the head of the table and her grace through the program.” 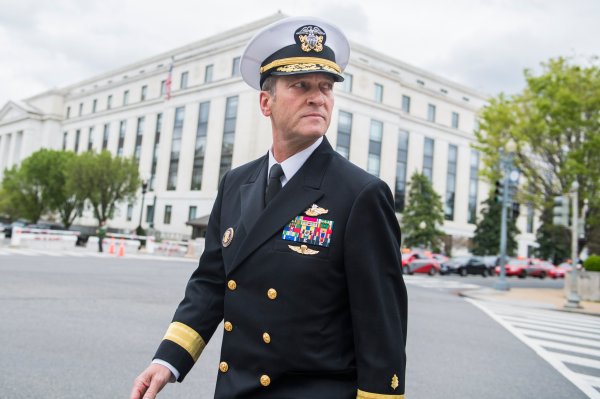