Playing football professionally has been linked to chronic traumatic encephalopathy (CTE), a degenerative brain disease. But what happens to children who start the sport early, before they even turn 12?

That’s the question neuropathologist Dr. Ann McKee, whose groundbreaking work on CTE has uncovered the neurological risks of playing football, set out to answer in a new study published in the Annals of Neurology. In her team’s analysis of the brains of 211 deceased football players who had been diagnosed with CTE, along with detailed behavioral questionnaires filled out by their relatives and interviews with family members, McKee expected to find more severe signs of the condition in people who started the game young. These would be visible in more pronounced deposits of tau protein, which kills brain cells, in the brains of men who sustained hundreds — if not thousands — of extra head impacts as children.

To McKee’s great surprise, however, early exposure to tackle football was not associated with more severe signs of CTE, or other brain diseases like Alzheimer’s. Instead, she found something perhaps even more disturbing. Football players who played tackle football as children suffered the devastating symptoms of brain disease, like cognitive impairment and mood swings, earlier in their lives.

By analyzing the 211 brains, McKee and her team found that those who played tackle football before age 12 — 84 players in total — had an earlier onset of cognitive, behavior and mood symptoms by an average of 13 years, compared to those who started after age 12. Every one year younger the participants began playing tackle football predicted earlier onset of cognitive, behavioral and mood problems by about 2.5 years. Of these 211 men with CTE, 76 were amateur players, and 135 played at the professional level.

“It’s as though the brain of these people who started playing early football was less resilient to pathology,” says McKee, chief of neuropathology at Boston VA Healthcare System, and director of Boston University’s CTE Center. “It’s sort of like they have a weakened nervous system, and set you up for earlier onset of any of these disorders. That was a surprising finding.”

Evidence suggests that even if you don’t end with up CTE — a disease closely linked to football that can only be diagnosed after a brain autopsy — strapping on a helmet as a kid can be risky. Among the 35 players without CTE in the study, those who played football before age 12 had an earlier onset of cognitive symptoms by an average of 20 years, and behavior and mood symptoms by 22 years. (Because of this small sample size of players without CTE, however, this finding is not statistically significant). Of those 35 players, 26 had other neuropathological diagnoses such as Alzheimers, Lewy body pathology, frontotemporal lobar degeneration and axonal injury.

This study has limitations. The brains used in this study may not represent those of the broader tackle football population, because most ex-football players, and their families, chose to donate their brains to shed light on their cognitive and behavioral struggles. Still, the results are alarming. “The data supports that you should not play tackle football until you’re more physically mature,” says McKee, whose future work will attempt to define a sort of tipping point for tackle football: how long can kids play before the risks rise exponentially?

Last week, California lawmakers dropped legislation banning tackle football for children under 12, and a similar measure has stalled in Illinois. But the momentum for limiting hits is expected to keep growing. “The cost-benefit of playing eight years before high school is so far on the side of being foolish, it’s inevitable that this change takes place,” says former San Francisco 49ers linebacker Chris Borland, who retired in 2015 at age 24 because he was concerned about the long-term effects of repetitive head trauma. Borland started playing football in the ninth grade. “The research is going to continue to come out. It gets harder to justify young kids playing.”

Football can still thrive if the youngest kids stopped playing tackle. Tom Brady, for example, did not play Pop Warner, the largest youth football program in the U.S. Michigan coach Jim Harbaugh — who loves football more than anyone — has said that kids should play soccer until eighth grade, to learn footwork and agility, before strapping on shoulder pads in high school.

The stakes in this debate are high. “We all want our kids to grow up to be the most productive, most successful of society they can possibly be,” says McKee. “And this is something that may limit their ultimate potential to be highly successful and highly productive in later life.” 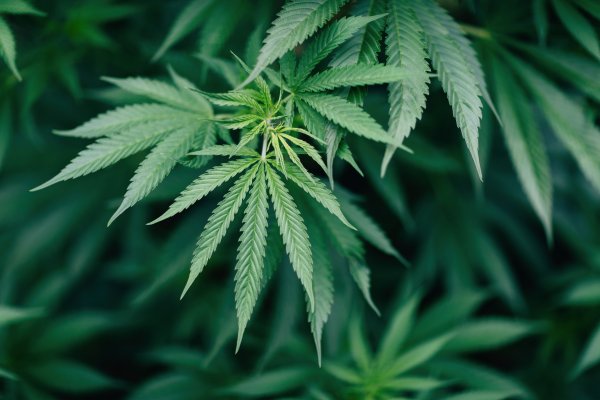 How Smoking Pot May Hurt the Teenage Brain
Next Up: Editor's Pick