The killing took place at a rowdy Saturday night picnic in late August. Twenty-four-year-old Duff Armstrong had been drinking with some friends. According to witnesses, a fight started and James Norris smacked James Metzker on his head with a length of wood, then Armstrong hit Metzker in his right eye with a homemade weapon, a chunk of metal wrapped in leather called a slung shot. Metzker was more grievously wounded than anyone suspected. He mounted his horse and rode home, falling off several times. Once home, he took to his bed and died three days later.

It was impossible to determine which blow had killed him, so both Armstrong and Norris were charged with the crime. Norris was tried first, and was quickly convicted and sentenced to eight years. There seemed to be little hope for Duff Armstrong—and then Abe Lincoln took his case.

Many years earlier, when Lincoln had lived in New Salem, he had been invited to share the stark cabin of Jack and Hannah Armstrong. They had treated him as family. Hannah had cooked his meals and mended his clothing, and Lincoln had rocked their infant son to sleep in his cradle. Now a widow, Hannah Armstrong appealed to Lincoln to save her son.

Local citizens were so enraged by the killing that the trial had to be moved to the Cass County courthouse in Beardstown, Illinois. As the trial proceeded, Lincoln sat placidly while prosecutors made their case. A spectator remembered that when an eyewitness to the event, Charles Allen, whose testimony had led to Norris’s conviction, was telling his story “Lincoln sat with his head thrown back, his steady gaze apparently fixed on one spot of the blank ceiling, entirely oblivious to what was happening about him, and without a single variation of feature or noticeable movement of any muscle of his face.”

When the prosecutor finished with his witness, Lincoln began his cross-examination and led Allen through the testimony he had just provided, focusing in on the details: Did you see the fight? Exactly where were you standing? Would you describe this slung shot. And finally, what time did this take place? He asked Allen several times if it was possible that he had not seen the event as clearly as he recalled. Allen remained adamant.

Lincoln had set his trap, and slowly began closing it. Allen testified several times that he had been standing no more than 150 feet away and had seen everything clearly in the brightness of the full moon.

Lincoln then famously produced an 1857 almanac. He turned to the proper page, then asked Allen to read the description aloud. Rather than a full moon that night, there actually was little more than a quarter-moon. And rather than shining brightly overhead at eleven o’clock; the moon had disappeared. It was practically pitch-dark. It simply wasn’t credible that he could have seen the events he described from that distance on a dark night. The prosecution’s pivotal witness had been exposed as a liar.

After several people testified to seeing Metzker fall from his horse, a doctor admitted that such a fall could account for the fatal injury. It also could have been caused by Norris’s blow. Lincoln then produced a witness who claimed he had made the slung shot and described it in detail; Lincoln then cut open the leather sack to show jurors the weapon was exactly as described. That small slug of metal hardly seemed capable of inflicting a fatal blow.

In summation, after presenting his case he made an emotional appeal to the jury, telling them of his debt to Duff Armstrong’s widowed mother in such vivid terms that he was moved to tears. He had been “a poor friendless boy, and Armstrong’s father had taken him into his house, fed and clothed him, and gave him a home.”

When the jury left the court to deliberate, he put an arm around Hannah Armstrong’s shoulders as he escorted her outside, telling her, “They’ll clear him before dark.”

After only an hour the jury acquitted Duff Armstrong of all charges. Lincoln refused to accept any payment for his work.

After twenty years, this self-taught lawyer had risen to the top of the legal profession. His courtroom appearances drew large crowds who hung on his words. And that reputation helped position him to make a run for the presidency. But before the Republican convention at which its nominee for the 1860 election would be determined, he would become embroiled in one last murder case, his twenty-seventh. It was a difficult case that might well determine the legal boundaries for self-defense. And like many of his previous cases, he had a personal involvement.

But this time the nation was watching. 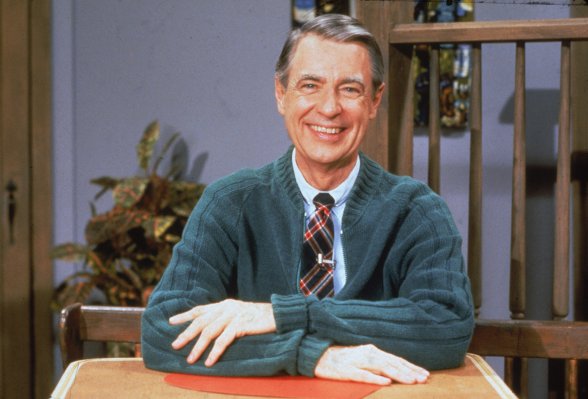 Get an Exclusive Look Inside the First Full-Length Mister Rogers Biography
Next Up: Editor's Pick