Louis was not the odds-on favorite for the royal baby’s name; in fact, bookies had it at 33 to 1, and it’s only the 71st most popular boy name in England. But the newly-named Prince Louis Arthur Charles of Cambridge already has at least one very famous namesake who’s more than ready to be his friend and teach him the ways of the name of Louis.

It’s Louis Tomlinson, fellow Brit and member of the superstar boy band One Direction. “Young Louis welcome to the world,” Tomlinson tweeted out gamely on Friday following the big name reveal. “I’ll take you under my wing lad. The Adidas tracksuit is in the post!” (Tomlinson’s signature look is, naturally, that Adidas tracksuit.) While One Direction is currently on hiatus, Tomlinson has released a few independent tracks in his solo career so far and is himself father to a two-year-old son, Freddie Reign.

While royal experts note that Prince William and Kate Middleton probably were inspired to name their new son after Louis Mountbatten, a lord who was Prince Charles’s great-uncle, Tomlinson’s fans are pretty sure that they might just be secret One Direction fans after all.

Meghan Markle and Prince Harry, now it’s your move. Is a Prince Niall or Prince Liam in our future, perhaps? 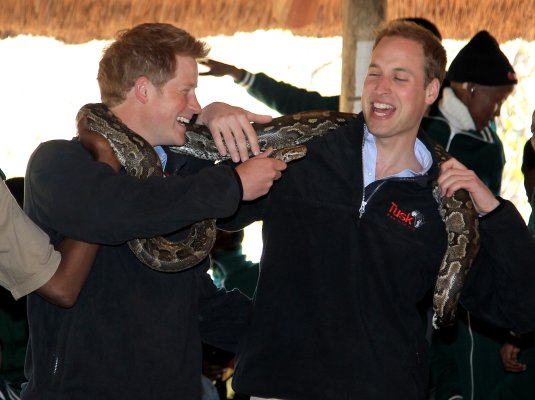 Prince William and Prince Harry's Memorable Moments Together
Next Up: Editor's Pick