A few weeks ago, 11-year-old Mason Ramsey was just a kid filmed yodeling in a Walmart in Golconda, Illinois, as he’d done for years. Then he went viral, picked up a few major fans — and is now cashing in on that success, performing at Nashville’s historic Grand Ole Opry stage and at Coachella, signing a record deal and releasing a new original song of his own, called “Famous,” of course.

During a visit to Ellen DeGeneres’s show earlier in April, he noted that his dream was to play on the Grand Ole Opry stage in Nashville. So Ellen set it up, and his response is nothing short of memorable.

“Lot of history right here. It’s really crazy right now. Everything. Like, explosions,” he says, wide-eyed, as he checks out the stage where Taylor Swift and countless country icons have performed before him. (He’s been dreaming of the Opry ever since he was three.)

And it looks like that experience isn’t going to be a one-off, because Atlantic Records and Big Loud announced Friday that they have signed Ramsey in a joint deal — kicking things off with the release of his debut single, “Famous,” produced and written with country stars Florida Georgia Line. Ramsey is also performing at California’s Stagecoach Festival this weekend ahead of Florida Georgia Line.

“Don’t get me wrong, it’s pretty cool to be on TV, so all the folks back home can see me,” the lyrics go. “And then I’m livin’ it out, all the things I used to dream about.” But then the tune turns back around into a sweet little love song that’s a bit more relatable to those of us who haven’t hit it big with viral success yet. Mason Ramsey is here to stay. 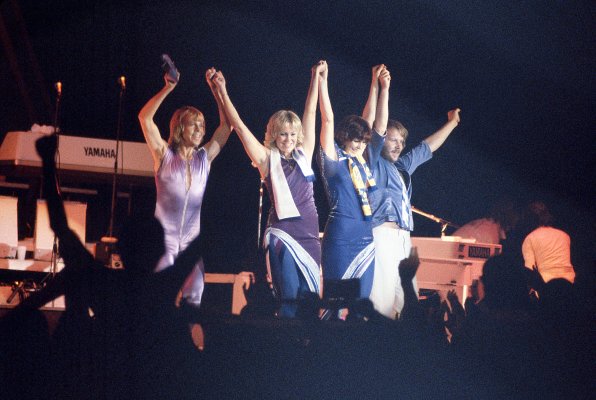 Super Trouper! 2 New Songs by Swedish Pop Icons ABBA Have Been Recorded
Next Up: Editor's Pick