A State in India Was Struck by Lightning More Than 36,000 Times in 13 Hours

A view of thunder lightning strikes in Jaipur, India on 19 May, 2017. An "extreme" storm in the state of Andhra Pradesh on April 24, 2018 included over 36,000 lightning strikes.
Vishal Bhatnaga—NurPhoto/Getty Images
By Eli Meixler

The southern Indian state of Andhra Pradesh had an electrifying night this week after officials reportedly recorded 36,749 lightning strikes in just 13 hours.

The extreme electrical activity lashed the coastal state on Tuesday and claimed nine lives, including that of a nine-year-old girl, the BBC reports.

Lightning strikes are not uncommon before the start of India’s monsoon season, which runs from June to September, Kishan Sanku of the state’s emergency operation center told the BBC. But this week’s bout, which was termed an “extreme weather pattern,” was atypically energetic. Last year, the region saw about 30,000 lighting strikes over the entire month of May.

Some scientists believe that global warming may be contributing to more active lightning storms. The combination of cold winds from the Arabian Sea and warmer air currents from northern India created an unusually large cloud cover, spanning 124 miles and inflating the risk of lightning storms, Sanku said.

“In our experience, this is very rare,” he added.

More than 2,000 people have been killed from lightning strikes in India every year since 2005, according to government data. Compare that to the U.S., where the annual average death toll is closer to 27. In June 2016, a series of lightning storms killed 93 people in four states. The lack of a widespread warning system and a large rural working population are considered possible reasons for why there are so many deaths relating to lightning strikes, according to the BBC. 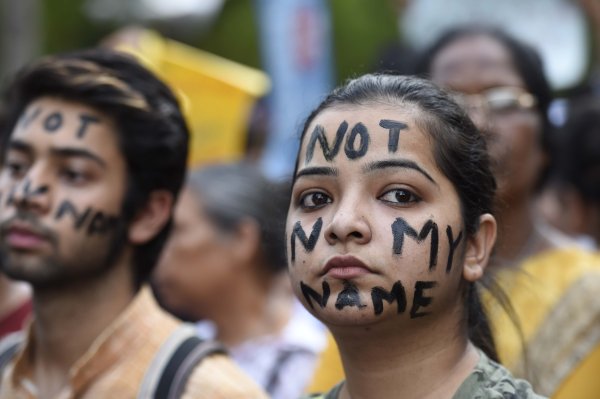