Australian wildlife expert and television personality Steve Irwin, also known as the ‘Crocodile Hunter,’ was posthumously awarded a star on the Hollywood Walk of Fame Thursday.

“Steve always said that he hoped his message of conservation would live on forever,” said Terri Irwin. “It means the world to us that Steve’s memory will live on in so many ways.”

Irwin was killed in 2006 by a stingray that pierced his heart while he was filming an underwater documentary, Ocean’s Deadliest.

Irwin was given the 2,635th star on the iconic Hollywood Walk of Fame, which celebrates the achievements of individuals in the entertainment industry. Hundreds of fans gathered for the ceremony, including Australian comedian Rove McManus, celebrity chef Curtis Stone, and TV personality Ross Matthew. After the family unveiled the star they posed for photos with a giant snake.

Irwin was a celebrated conservationist who co-hosted with his wife the internationally acclaimed wildlife documentary series, The Crocodile Hunter, creating over 300 episodes. The couple also ran the Australia Zoo wildlife park in Brisbane.

“This tribute just shows how great his work was and that his impression on people will last for generations to come,” said Irwin’s 14 year-old son, Robert.

The Hollywood Chamber of Commerce, which oversees the Walk of Fame, awards around 20 new stars annually, one of which is posthumous. A posthumous star is not awarded until at least five years after a candidate’s death, the Herald reports. 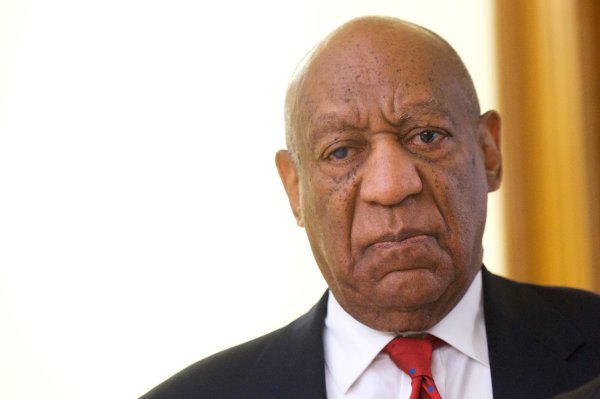 Bill Cosby's Conviction Is an Unexpected Win for #MeToo. But There's a Long Way to Go
Next Up: Editor's Pick