Reconstruction Didn't Fail. It Was Overthrown

In this image from the U.S. Library of Congress, the funeral procession for U.S. President Abraham Lincoln moves down Pennsylvania Avenue on April 19, 1865, in Washington, D.C. The absence of Lincoln was one of the factors that allowed Reconstruction to fail.
Library of Congress/Getty Images
By Allen C. Guelzo

During the Reconstruction era that followed the American Civil War, the reunification of the nation and major gains in equality for African Americans progressed even as the population split in new and enduring ways. When the period came to a bitter end, many of its gains were erased. But, in this excerpt from the new book Reconstruction: A Concise History, historian Allen C. Guelzo explains why it’s not right to say that Reconstruction “failed”:

The end of Reconstruction is often spoken of in psychological terms, as a collapse of white Americans’ nerve, or as a failure of Republican political will, when in cold truth Reconstruction did not fail so much as it was overthrown. Southern whites played the most obvious role in this overthrow, but they would never have succeeded without the consent of the Northern Democrats, who had never been in favor of an equitable Reconstruction, much less a bourgeois one. No such organized political opposition had arisen in Russia to obstruct Alexander II’s emancipation of the serfs. Yet Democratic resistance played nearly as great — if not greater — a role in the demise of Reconstruction as Republican paralysis. From the time of Andrew Jackson, the “Democracy” had never been enthusiastic about market revolutions or bourgeois culture — those had been the property of the Whigs and then the Republicans — and they were no more enthusiastic after the war. Northern Democrats, wrote the veteran Baltimore politician John Pendleton Kennedy, “flattered the lordly ambition of the aristocratic South, courted its favor, obeyed its behests, and found a satisfactory compensation in being permitted . . . to make it subservient to the selfish and sectional purpose of putting the whole Union at the foot of its slaveholding master.” The Panic of 1873, the scandals of the Grant administration, and the reckless bubble of postwar finance all conspired to give new credence across the nation to the old Democratic complaints, and after the 1874 elections, Republicans would enter into more than twenty years of divided government, with neither party in control of the presidency and Congress at the same time and no hope of a rejuvenated effort to establish a national civil rights baseline along the lines of Sumner’s Civil Rights Bill. The ability of the Democratic Party to rise, phoenix-like, from the ashes of near-self-destruction in 1860 to reconquer the House of Representatives in 1874, the Senate in 1878, and the presidency in 1884, is one of the least considered aspects of Reconstruction’s demise, but it is also one of the most potent.

It may be too much to have expected Republicans, even Radical Republicans, to muster the political power to resist these forces. Much had been expected from Ulysses Grant as president. But Grant, while he was long on sympathy with the freedpeople, was temperamentally inclined to react to threats to civil rights rather than designing an overarching strategy for anticipating those threats; and in any case, his inauguration as president in 1868 came after three years of Andrew Johnson in which Reconstruction’s momentum lost critical pressure. Much had also been expected of Southern Unionism, but Southern Unionists turned out to be too bruised, too racist and too willing to strike compromises with the old plantation elite. Sumner and Stevens’s plan to territorialize the Confederate states might have kept any reinvigorated Southern elite from storming back into Congress and joining forces with their one-time Northern Democratic allies. However, this could scarcely have been done without the continued maintenance of a sizeable military occupation force — although given that such an occupation force would be responsible for 750,000 square miles and 9 million inhabitants, it would have required at least as many troops as were committed to pacifying the West.

As it was, the actual strength of the U.S. Army had decreased dramatically since the last shots of the war were fired. The combined strength of the regular and volunteer forces had fallen between April 1865 and January 1866 from over 1 million men to just 90,000. Those who did remain were unenthusiastic about occupation duties. By July 1871, the army’s strength stood at only 30,000, with most of those posted to the Western frontier; only 4,300 soldiers were on duty in posts in the South, and even then, mostly in major port or railroad cities. Grant used no more than 1,000 of them under the Enforcement Acts, but even that minuscule deployment did nothing to quell paranoia about “military rule,” and in 1878 House Democrats would ban the use of “any part of the Army of the United States, as a posse comitatus” in most domestic cases. (The supreme irony of this gesture was that, before the war, posse comitatus was exactly what slaveholders had been demanding as a mechanism for retrieving fugitive slaves).

It is dubious whether any Congress, Republican or Democrat, would have authorized the spending needed to support an effective army of occupation, capable of suppressing Southern white insurgencies, especially with the awesome debt of the war years looming. Nor was it likely, in simple ideological terms, that Republicans could have been persuaded by anything less than outright civil war or anyone less than Abraham Lincoln to have adopted transitional military dictatorships as an acceptable way of securing republican government for any significant length of time. Military occupations strained both the patience of taxpayers and the ingrained suspicion of military rule in American minds. After the Panic of 1873 and the Democratic takeover of the House the following year, the unlikelihood shrank to the vanishing point.

If it were possible to establish a scorecard for Reconstruction, the most promising tallies would be the successful restoration of the Union as a federal Union, the legal extirpation of secession as a political tool in settling national disputes, the raising of the freed slaves to citizenship through the Fourteenth and Fifteenth Amendments, and the avoidance of mass executions and imprisonments. That Reconstruction fell short of fully implementing most of these accomplishments is its tragedy, and that tragedy can be briefly and bluntly accounted for by six factors: the sheer unpreparedness of the victorious Union to undertake something as unprecedented as a political reconstruction of a third of its territory; the insurgent resistance of the defeated South; the unwillingness to prolong a military occupation to deal with that insurgency; the deaths and removal of the Radical Republican leadership (starting with Lincoln); the resurgence of the Northern Democrats; and, finally, the shortsighted decisions of the federal courts.

It is also possible to say that Reconstruction might have turned out a good deal worse than it did. Both the Civil War and Reconstruction were remarkable for their limited durations. By the standard of civil conflict, the American Civil War was comparatively short — the English Civil Wars lasted seven years, and sporadic fighting continued in Scotland and Ireland for another five; the Taiping Rebellion lasted for 14; Sulla was the trigger for continual outbreaks of civil conflict for half a century, down to Octavian and Marc Antony. Indeed, some never seem to find any endpoint. Reflecting on the English Civil Wars, T. S. Eliot once remarked, “The Civil War of the 17th century, in which Milton is a symbolic figure, has never been concluded. . . . I question whether any serious civil war ever does end. Throughout that period English society was so convulsed and divided that the effects are still felt.” But the American war did end, and in the span of only four years, and Reconstruction 12 years after that, and while it is always possible to wonder what might have happened if Reconstruction’s issues had been pressed more firmly, or its overthrow contested more vigorously, it also has to be admitted that it might have spiraled onward in agony and insurgency for decades, and with every chance for a far more damaging, perhaps even genocidal, outcome. To assume that what was eventually achieved by federal authority in the “Second Reconstruction” in the 1960s would have taken no more real effort from federal authority in the 1870s pays insufficient attention to what had changed in the American experience as a whole over those nine decades. Any proper epitaph for Reconstruction must acknowledge that at least it managed to avoid the fate of other post–civil war eras.

Merely to call Reconstruction a failure is too simplistic. Reconstruction was overthrown, subverted, and betrayed — and then replicated, since many of the same hesitations over costs, internecine politics, and xenophobia led to dreary repetitions of these mistakes after the First World War and after the two Gulf Wars. In none of those cases would anything but lengthy and expensive occupations have sufficed to reinvent regimes that began conspiring to reverse battlefield defeat before the guns were barely cool; in none of those cases was enough of the country willing to use the force necessary to accompany liberation. “Looking back over the whole policy of reconstruction, it seems to me that the wisest thing would have been to have continued for some time the military rule,” said Ulysses S. Grant:

He was surely right, but right will not stand as right if it is realized too late. “I wonder if our white fellow-men realize the true sense or meaning of brotherhood?” demanded Susie King Taylor, a slave-born teacher and military nurse. “Was the war in vain? Has it brought freedom, in the full sense of the word, or has it not made our condition more hopeless.” A century and a half later, her question still echoes horribly.

From Reconstruction: A Concise History. Copyright© 2018 by Allen C. Guelzo and published by Oxford University Press. All rights reserved. 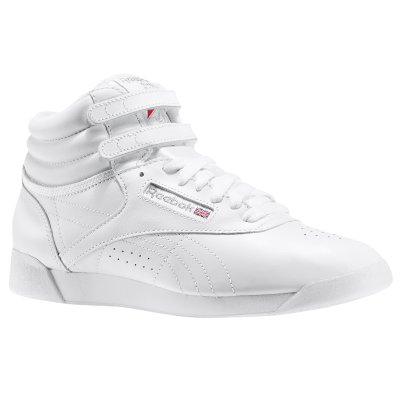