How Did They Catch the Golden State Killer? An Online DNA Service and His Genetic Relatives Revealed the Suspect

The key that allowed police to catch the Golden State Killer decades after his notorious spree of rapes and murders turned out to be a consumer genealogy website.

Police said Thursday that they used DNA from crime scenes and referenced it against an online genealogy database, according to the New York Times. This led investigators to relatives of Joseph James DeAngelo, the suspect who police arrested on Tuesday.

Officials found someone who was the right age and lived near Sacramento, where the attacks started in the 1970s. They then obtained DNA samples that DeAngelo had left in a public place, according to the Times, and confirmed that his DNA matched more than 10 murders across California. Police followed up by obtaining another DNA sample that also matched the profile.

Prominent home DNA testing companies such as 23andMe told the newspaper that they were not involved in helping police identify the killer.

Genetic testing has become more accessible in recent years, as companies have marketed at-home kits that allow people to scan their genes from a spit sample. The versions aimed at consumers don’t typically sequence all base pairs of a person’s DNA, instead focusing on specific sections with strong information. This is why they often reveal information about where someone is from but cannot test for all medical conditions.

Many questions remain about the Golden State Killer, also sometimes known as the East Area Rapist. Sacramento County District Attorney’s Office told the Los Angeles Times that more details about the DNA would be discussed during a court hearing on Friday. 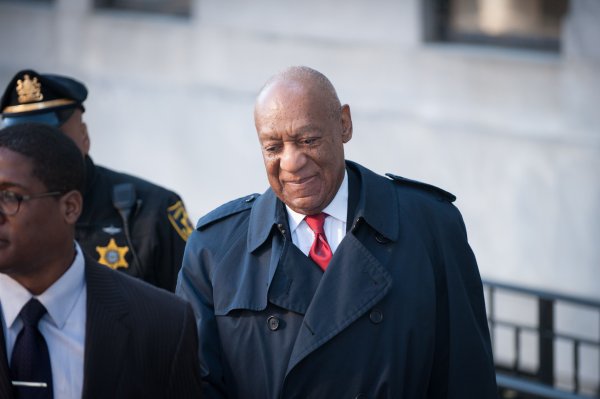 Will Bill Cosby Go to Prison? Here's How Long Legal Experts Think He Could Serve
Next Up: Editor's Pick