What to Know About Spider-Man and Iron Man's New Suits in Avengers: Infinity War

Both Spider-Man and Iron Man show off new suits with new technology in Avengers: Infinity War. Peter Parker finally gets to don the suit that Iron Spider suit that was offered him at the end of Spider-Man: Homecoming. It has a new color scheme and legs that emerge from the back.

Meanwhile, Tony has a new electromagnet installed in his chest, even though he no longer needs to repel shrapnel from his heart. Tony brags that the chest device powers new nanotech that allows the suit to generate and regenerate on Tony’s body.

There’s little time in the jam-packed film for Tony Stark to explain the various features of the new outfits and how they work. But these suits have a storied history in the comic books, and the film nods to that lore. Here’s what you need to know:

Tony makes the Iron Spider suit for Peter in the comic books. That’s true in the movie too: We see Stark offer Peter the suit at the Avengers compound in Spider-Man: Homecoming, and the suit flies from that same building up to Peter in outer space when Tony summons it in Infinity War.

The suit is kind of like a hybrid between Spider-Man’s usual costume and the Iron Man gear. It’s more metal than fabric and, crucially, it has 8 legs that emerge from the back. In the movie, Peter is able to use these legs to plant himself to the ground, hang on to moving objects and create a sort of bubble around himself and others to break a long fall.

You may remember in Iron Man 3 that Tony finally removed the arc reactor that powered the Iron Man suit (and, for awhile, saved his life) from his chest. He is able to live without it. In a symbolic gesture to express his love for Pepper, he chucks the thing over the edge of a cliff.

And yet at the beginning of Infinity War, he has another glowing piece of machinery embedded in his body. The new device is the armor. The arc reactor uses nano technology to allow the suit to spread out across his body. The technology looks an awful lot like what Shuri invented for her brother, Black Panther—though Shuri’s suit is superior considering that Black Panther only has to don a necklace to carry the suit instead of planting a device inside his body.

The Bleeding Edge armor can regenerate if destroyed, as we see in the film. The suit also boasts some new capabilities like rocket thrusters that can help Tony fly in deep space. (Tony’s likely been tinkering with that ever since he almost died flying into space in The Avengers.) 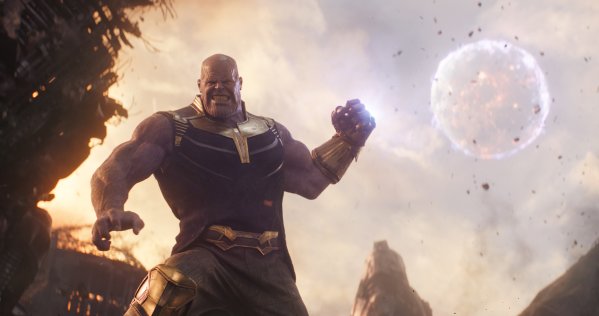 A Complete List of Who Lives and Dies in Avengers: Infinity War
Next Up: Editor's Pick