What the Modi-Xi Meeting Tells Us About China and India

It’s been a busy week for geopolitical meetings. While Western leaders convened in Washington and Korean leaders got together in the demilitarized zone, India’s Narendra Modi headed to the Wuhan province in China to talk with President Xi Jinping for a two-day informal summit beginning Friday. It’s a meeting worth watching: As a new world order takes shape, these two countries go from peripheral players to central drivers. These five facts explain what you need to know.

In 2000, China accounted for just 3.6 percent of the global economy; today it’s responsible for nearly 15 percent of the world’s economic output, and by 2032 it’s poised to surpass the U.S. to claim the world’s top spot. It’s done so by harnessing the power of state-capitalism, intertwining its political power with its financial clout at a scale never seen in the global free market.

India is still in the beginning stages of its economic ascent, but it’s unmistakably underway—over the next four years, the IMF projects the Indian economy will grow on average by nearly 8 percent annually. Modi has overseen a remarkable crackdown in corruption and bureaucracy in the world’s largest free-market democracy by population (1.32 billion people). He is also presiding over a much-needed modernization of the country’s infrastructure, and is shoring up its finances through an ambitious new goods and services tax. By 2027, India is expected to be the world’s third-largest economy behind only the US and China.

For years, the consensus was that a rising middle-class would force Chinese leadership to reform its political system to accommodate an empowered citizenry that would demand more freedoms. That didn’t happen, although to Beijing’s credit, Chinese leadership proactively began addressing concerns like corruption and air pollution before they reached crisis levels. The recent (and continuing) political turbulence in the West has also dulled the appeal of free-market democracy in the eyes of many.

India is another story. Modi has failed to live up to his campaign promise to create 10 million new jobs a year; by some estimates, he hasn’t even been able to hit 10 percent of that mark. India’s healthcare system also remains underwhelming, and its issues will become more pronounced as the economic fortunes of average citizens continue to rise. (The government has announced plans to dramatically expand basic health coverage, but doesn’t have the resources to come close to fully delivering on those lofty promises.) Both these oversights have given Modi’s political opposition an opening ahead of Indian elections slated for spring 2019.

Yet Indians are still bullish on the future—70 percent of Indians today are “satisfied” with the way things are going in the country, up from 29 percent in 2013. Given the immense strides India has made in the last two decades, that optimism is understandable. However, while globalization has already begun roiling politics in the West, it has yet to do so in emerging markets.

That moment of reckoning is coming. According to the World Bank, 69 percent of jobs in India today are at risk of automation in the dawning era of AI. And automation isn’t just coming for India: 77 percent of jobs in China are also susceptible to the coming tech revolution. But China, maybe more than any other country in the world, is equipped to handle it. Beijing has shown time and again that it prizes social stability over economic gain, and given its unusual control over the entire Chinese economy, the country is positioned to ensure that mass-scale economic displacement remains carefully managed and in check. Free-market democracies, not so much.

Given today’s chaotic politics and the disruptive tech headwinds looming, the Chinese political model has never been more appealing. But that system comes at a cost—namely a growing surveillance state, spanning from a national video network of 176 million cameras nationwide (with a plan to install 250+ million more by 2020) to a “social credit system” that aggregates aspects of person’s history—from cheating on school exams to missing alimony payments to visiting “problematic” websites—into a composite score to assess a person’s trustworthiness. That in turn could determine what kind of doctors you can see, what dating websites you can join, or where you’re allowed to travel.

Such measures are fundamentally incompatible with liberal democracy, especially one like India where elections are regular and fiercely contested, speech is (mostly) free, and the courts are independent. That hasn’t stopped Modi from trying to assert more control, proposing a law earlier this month to strip any journalist that disseminated “fake news” (as deemed by the government) of their credentials. (That law was pulled following publicly outcry.) India’s much-vaunted Aadhar biometric identification system—intended to help authorities cut down on benefits fraud—was voluntary when first rolled out but is now effectively mandatory to receive essential government services. It is now being challenged in courts, but there is also a growing sense among some in India that democracy doesn’t bring the advantages it once did—a sentiment largely fueled by China’s meteoric rise. But while Modi may be willing to trade some of his citizens’ privacy for a more efficient government, it’s not clear that the Indian public agrees with him.

The Best of… Frenemies

Which leads us to this week’s “informal” summit, one with no set agenda. That’s by design—the goal of this meeting is to help Xi and Modi keep things cordial between the two growing economic powers. And there have been more than enough flashpoints in recent months to make a meeting like this necessary: in the Maldives, in Sri Lanka, even in sleepy Bhutan. But maybe the most contentious issue has been Beijing’s pursuit of a $50 billion China-Pakistan Economic Corridor as part of its ambitious One Belt One Road (OBOR) plan intended to tie the economic fortunes of 70+ countries to Beijing through infrastructure investments; part of that corridor runs through contested-Kashmir. Beijing even wants India to sign up for OBOR as well, but India pointedly refused again just days ahead of the meeting. The reality is that China today has supplanted Pakistan as India’s chief rival in Asia—but neither sees great value in escalating tensions further. That starts with the meeting this week. 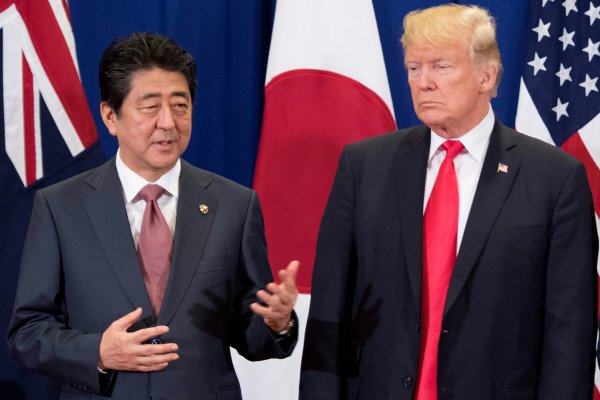