The Touching Reason Tony Stark Has a Flip Phone in Avengers: Infinity War

Some fans may have been surprised to see tech genius Tony Stark using an old school flip phone in Avengers: Infinity War. Tony wears an Iron Man suit that can build itself and regenerate on his body. You would think he would carry an iPhone X. But that phone plays a special role in the Marvel Cinematic Universe.

Early in Infinity War, Iron Man explains to Bruce Banner, a.k.a. The Hulk, that the Avengers broke up. Bruce is incredulous. “Broke up like a band?” he asks.

Indeed. Back in Captain America: Civil War, Tony and Steve Rogers (a.k.a. Captain America) had a falling out. The feud is rather complicated, but basically the government wanted to regulate superheroes. Tony was in favor of the regulation, and Steve against it. They argued with one another, and then punched one another, as superheroes do. The rest of the Avengers each take a side, half with Tony and half with Steve.

By the end of the film the two had all but resolved their dispute when Tony found out that Steve’s best friend, Bucky Barnes, murdered Tony’s parents. To be fair, Bucky was brainwashed by the evil organization HYDRA at the time of the murder. This information doesn’t exactly assuage Tony. He fights Steve and Bucky in a bruising battle. Finally, Steve has the chance to kill Tony but doesn’t. He takes Bucky and leaves, leaving his Captain America shield behind.

The Avengers disband. Steve takes Bucky to Wakanda, where they fix Bucky’s brain so he can’t be brainwashed by HYDRA anymore. Iron Man retires to the new Avengers compound in upstate New York. There, he gets a package in the mail. In it is a flip phone with one contact: Steve Rogers. Attached is a note: “No matter what, I promise you, if you need us, if you need me, I’ll be there.” 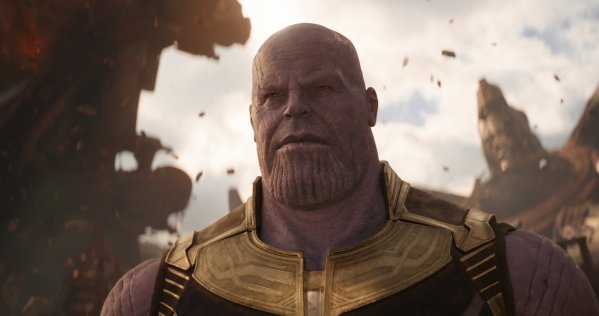 Let's Talk About That Avengers: Infinity War Ending
Next Up: Editor's Pick