President Trump Says He Got 'a Lot' of Support From the Black Community. Not Quite

When President Donald Trump phoned into Fox and Friends on Thursday morning, the conversation turned — almost inevitably — to his apparent bromance with hip-hop icon Kanye West, who the prior afternoon had delivered a string of affectionate tweets about the commander-in-chief.

“You don’t have to agree with trump but the mob can’t make me not love him,” West wrote. “We are both dragon energy. He is my brother.”

“I get along with Kanye,” Trump said on Fox and Friends. “Kanye looks and he sees black unemployment at the lowest it’s been in the history of our country… He sees that stuff and he’s smart, and he says, ‘you know what, Trump is doing a much better job than the Democrats did.'”

As Trump sees it, West’s affection for him is a microcosm of the black community in the U.S. on whole.

“Remember how I was going to get no black votes?” Trump said. “Well, I got a lot! I got a lot of support. I should have gotten much more.”

Except: not quite. According to data collected by the Roper Center for Public Opinion Research at Cornell, only 8% of African-American voters cast their ballots for Trump in the 2016 presidential election. On the flip side, 88% of black voters supported Hillary Clinton. In Trump’s defense, he took a greater share of the black vote than did Mitt Romney in the 2012 election — 6% to Barack Obama’s 93% — but whether less than one in ten voters constitutes “a lot” is debatable. President George W. Bush received 11% of the African-American vote in 2004.

Only 9% now approve of Trump’s job performance, according to a Gallup poll.

“They voted for me,” Trump said. “Crime is way down. The unemployment picture is the best it’s been for African-Americans.”

This is true. Per the Pew Research Center, violent crime rates in the U.S. declined in 2017 — in line with the trend since it peaked in the 1990s. After briefly climbing earlier this year, black unemployment in March sat at 6.9%, the lowest in history. But the extent to which these figures are consequences of Trump’s own policymaking is far from conclusive. Both statistics were falling for years before Trump came to Washington. 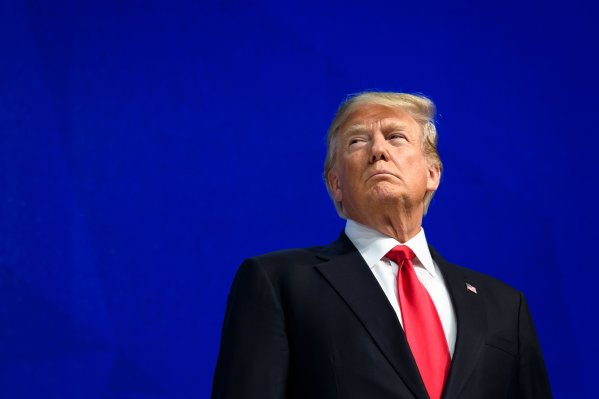 President Trump's Interview on Fox Caused Prosecutors to Change Their Strategy in the Cohen Case
Next Up: Editor's Pick