Asperger's Syndrome, the Nazi Regime and the Dangerous Power of Labeling People

A memorial for the victims of the Spiegelgrund clinic, Baumgartner Hoehe, Vienna, photographed in 2008.
Ernst Wrba—imageBROKER/REX/Shutterstock
By Edith Sheffer

If a child receives a medical diagnosis, it’s natural for a parent to jump into research. If the parent is a historian, perhaps the urge is magnified — so when my son was diagnosed with autism at 17 months old, I read widely about the condition, including its historical origins. I learned that the man credited with developing our idea of an autism spectrum and Asperger disorder — Hans Asperger — conducted his research in Nazi Vienna.

This fact brought a strange confluence of interests, since I am a specialist in 20th century Germany and central Europe. I was amazed to find that, though just this month a study in the journal Molecular Autism did address the topic, at the time there was no in-depth research on Asperger’s Nazi-era activities. The little written about Asperger, in parent manuals and online blurbs, depicted him as a resister of Nazism and compassionate with his patients. Some speculated that Asperger tried to protect them from Nazi killings by emphasizing their special abilities and potential value to the state, using the autism diagnosis as a way to save them from the extermination that could face those seen as disabled.

I was excited to write a positive book about autism and the Third Reich. My first day in the Austrian National Archives in Vienna, however, dispelled any notion of a heroic tale.

Leafing through Asperger’s district Nazi party file, I saw that officials deemed him a supporter of the regime and its racial policies. His professional and patient records, then, showed that he participated in Vienna’s child killing program. Through his clinic and positions in the Nazi government, Asperger endorsed the transfer of dozens of children to their deaths at Spiegelgrund, Vienna’s death center.

Discovering these stories, it was difficult to reconcile Asperger’s role in the killing program with his reputed support for children he deemed promising. Both were in the documentary record. The double-sided character of Asperger’s actions led me to realize the double-sided nature of Nazism as a whole. The Reich’s project to transform humanity involved both treatment and elimination.

Some individuals could be remediated to meet Nazi standards, and some needed to be eradicated. Whereas Jews were to be eliminated as a race, for example, certain people with Slavic heritage might be Germanized, or the “asocial” might be taught to work. Similarly, for Asperger, those on the “favorable” side of his autistic “range” could be taught “social integration” and even be recognized for “special abilities.” They were to be given first-rate care. Meanwhile, children like 3-year-old Ulrike Mayerhofer, whom Asperger described as “severely autistic,” were to be killed at Spiegelgrund.

It came down to one’s label. The Third Reich was a diagnosis regime, obsessed with sorting the population into categories, cataloging people by race, religion, politics, sexuality, criminality and purported biological, mental and behavioral defects. Nazi officials created massive population indexes that compiled individuals’ medical, financial, educational, criminal and welfare records — even sports club files. By 1942, Reich Health Leader Leonardo Conti estimated that ten million Reich citizens had been indexed — 12% of the total population. These files, then, established the grounds for sterilization, deportation and extermination.

In reality, definitions of defects were elastic — shifting with time, place and actors. Even Jewishness, which might seem a clear category, had convoluted criteria in the 1935 Nuremberg Laws and, later, in debates over the fate of Mischlinge, or half-Jews. Officials were also unclear on how many biologically inferior individuals there were; estimates ranged from one million up to 13 million, as many as one in five Germans. Decisions to arrest, deport and kill could come down to individual people and agencies making individual classifications.

The Reich’s efforts to reengineer the population were variegated. While Auschwitz and gas chambers may dominate public imagination, it is important to recognize just how widespread — and quotidian — brutality became.

There were at least 42,000 camps across German-occupied Europe: 980 concentration camps, 1,150 Jewish ghettos, 500 forced brothels, 1,000 camps for prisoners of war, and 30,000 slave labor camps, in addition to unknown thousands of transit centers and lethal medical facilities. Millions were involved in their staffing. Each place required administrators, guards, maintenance crews, cooks, insurers, truck drivers, food sellers and suppliers. Each required people in the community to look the other way.

In contrast to mechanized images of the Holocaust, child-killing involved personal deliberation of individual cases. This was intimate, done by the very doctors and nurses who cared for the children’s daily needs. Asperger and his colleagues had a godlike autonomy to determine a child’s worthiness to exist. They were not following a clear rulebook, but deciding life and death on a case-by-case basis — talking to the children directly, meeting their parents and studying them closely over time. Far from his postwar reputation as a resister, Asperger worked within a system of mass killing as a conscious participant, very much tied to his world and to its horrors.

Having now finished my book, it is ironic that my research took me to the opposite perspective from where I started. I wish I had been able to tell a heroic story about Asperger. But it is more important that the full history of Asperger and his work in Nazi Vienna becomes known, and not only for discussions about autism and Asperger’s syndrome. His is a cautionary tale about the power and proliferation of labels — as science, state and society seek to order the human condition.

Edith Sheffer, a Senior Fellow at the Institute of European Studies at the University of California, Berkeley, is author of the forthcoming book Asperger’s Children: The Origins of Autism in Nazi Vienna. 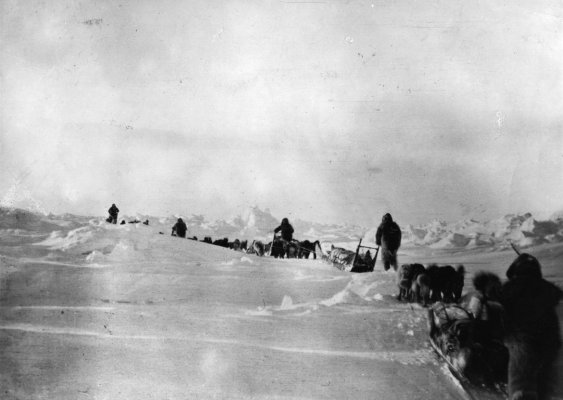 Who Reached the North Pole First? How the Battle Over That Question Created a More Cynical World
Next Up: Editor's Pick