In terms of direct deaths attributable to the accident, the Chernobyl nuclear disaster turned out to be anything but a highly destructive force. Whereas the nuclear bombings of Hiroshima and Nagasaki claimed close to 200,000 immediate victims — more than 100,000 killed and the rest injured — the Chernobyl explosion caused 2 immediate deaths and 29 deaths from acute radiation sickness in the course of the next three months. Altogether, 237 people were airlifted from Chernobyl to Moscow and treated in the special clinic there. Out of these, 134 showed symptoms of acute radiation syndrome. It has been claimed that a total of 50 people died of acute radiation syndrome, and that 4,000 may die in the future of radiation-related causes. But the ultimate Chernobyl mortality toll, though difficult to estimate, may yet turn out to be significantly higher. Current estimates place it between the 4,000 deaths estimated by United Nations agencies in 2005 and the 90,000 suggested by Greenpeace International.

In Ukraine, in the first five years after the disaster, cases of cancer among children increased by more than 90 percent. During the first twenty years after the accident, approximately 5,000 cases of thyroid cancer were registered in Russia, Ukraine, and Belarus among those who were younger than eighteen at the time of the explosion. The World Health Organization estimates that approximately 5,000 cancer deaths were related to the Chernobyl accident, but this figure is often challenged by independent experts. In Ukraine in 2005, 19,000 families were receiving government assistance owing to the loss of a breadwinner whose death was deemed to be related to the Chernobyl accident. Other consequences include genetic damage to people born after the disaster. Scientists are particularly concerned about cases of microsatellite instability (MSI), a condition that affects the ability of DNA to replicate and repair itself, which has been detected in children whose fathers were exposed to radiation after the accident. Similar changes were found earlier among children of Soviet soldiers who absorbed radiation during nuclear tests.

The cost of the disaster was enormous, and all three East Slavic countries had to deal with it in one way or another. They adopted largely similar formulas, defining the most contaminated areas whose inhabitants were in need of resettlement or assistance and then establishing categories of citizens who were considered to have been most severely affected, making them eligible for financial compensation and privileged access to medical facilities. Altogether close to 7 million people would receive some form of compensation for the effects of the Chernobyl fallout. But the size of the groups eligible for subsidies and the amount of financial compensation differed in the three states, depending on the interplay of politics and economic circumstances.

Russia’s oil and gas riches helped it deal with the post-Chernobyl crisis, while resource-poor Ukraine and Belarus had nothing comparable. Those two countries introduced a special Chernobyl tax in the early 1990s, amounting in Belarus to 18 percent of all wages paid in the nonagricultural sector. In general, however, the Belarusian government dealt with the enormous challenge by continuing the Soviet tradition of suppressing investigations of major disasters. Although Belarus was the post-Soviet country most affected by Chernobyl fall-out, its antinuclear movement never attained the proportions of its Ukrainian counterpart. Nor did the Belarusian Popular Front exercise influence comparable to that of the Ukrainian Rukh. The Belarusian parliament and government lacked the political will and, more importantly, the resources to admit the full scope of the disaster and deal effectively with its consequences. In 1993, the Belarusian parliament adopted laws reducing the levels of soil contamination considered dangerous for human habitation. Even then, with significantly less territory and population covered by social welfare laws, the government only managed to allocate less than 60 percent of the funds approved by legislators for Chernobyl-related programs.

When it comes to Western assistance, Ukraine got most of the attention and resources, largely because it inherited the Chernobyl nuclear plant and its devastated Unit 4. The first priority identified by Ukraine as requiring Western help after the closure of the Chernobyl plant was the construction of a new shelter over the sarcophagus that had been hastily built to cover the damaged fourth reactor in the first months after the explosion. The Ukrainian government announced an international competition for the construction of the new shelter in 1992. In June 1997, the G-7 countries pledged $300 million toward the realization of the project, whose total cost was then estimated at $760 million. A special Chernobyl Shelter Fund was created at the European Bank for Reconstruction and Development to collect the rest of the funds. That turned out to be a major challenge.

Originally, it was expected that the new shelter would be built by 2005. But it was not until 2007 that the French Novarka consortium, which included Vinci Construction Grands Projets and Bouygues Construction, won the contract to erect a 30,000-ton sliding steel arch, 110 meters in height and 165 meters in length, with a span of 257 meters, over the old sarcophagus. Construction of the arch, which had to endure for the next one hundred years, began in 2010; the deadline for completion, originally scheduled for 2005, was later postponed to 2012, and then to 2013, 2015, 2017, and, finally, 2018. Its cost has been estimated at 1.5 billion euros, with the total cost of the New Safe Confinement Project exceeding 3 billion euros.

It took nine years after the fall of the USSR to close the Chernobyl Nuclear Power Station and more than a quarter century to build a new shelter over the damaged reactor. The international community emerged victorious in the contest of security priorities. Relations between the two main actors in the post-Chernobyl drama, the Western funding agencies and the Ukrainian government, were not unlike those in a family with a teenager who promises not to behave dangerously if given an ever larger allowance. Some scholars referred to it as environmental blackmail.

But the closure of the Chernobyl power plant and the construction of the new shelter is more than just a story of nuclear extortion of funds by a poor country from rich ones. More than anything else, it is a story of the clash between the demands of individual nations for economic development and the security of the world, as well as of the threat posed to the latter by the political and economic decline of the nuclear powers and the uncertain future of the post-imperial states.

Moscow, the former capital of the empire responsible for the design and operation of the damaged reactor, all but retreated behind the borders of the Russian Federation, leaving it to Ukraine and the international community to clean up the mess. The Russian invasion of Ukraine in 2014 brought the fighting within 322 kilometers of the city of Enerhodar, the site of the Zaporizhia nuclear power plant, Europe’s largest, which operates six reactors. The war also interrupted the nuclear cycle whereby Ukraine received its nuclear fuel from Russia and sent its spent fuel back there. In 2016, Ukraine began the construction of its own spent-fuel facility and declared plans to reduce its almost total dependence on Russian fuel by covering 40 percent of its needs with purchases from the U.S.-based Westinghouse Electric Company. While the war and the disruption of the traditional nuclear cycle brought new challenges to the struggling Ukrainian economy, the nuclear industry of the land of Chernobyl took another important step away from its Soviet legacy.

What remained unchanged and impervious to remedy by any amount of internal mobilization or outside assistance were the long-term consequences of the Chernobyl disaster. While the actual impact of radiation exposure on the health of the population is still debated, there can be little doubt that the society as a whole was left traumatized for decades to come. Every sixth Ukrainian adult reports being in poor health, a significantly higher percentage than in neighboring countries, and those affected by the Chernobyl radiation have lower levels of employment and fewer working hours than the rest of Ukraine’s population. And then there is the environment. The new shelter over the damaged reactor No. 4 notwithstanding, the area around the nuclear plant will not be safe for human habitation for at least another 20,000 years.

In April 2016, when the world marked the thirtieth anniversary of the disaster, there was a temptation to breathe a sigh of relief. The half-life of cesium-137, one of the most harmful nuclides released during the accident, is approximately thirty years. It is the longest “living” isotope of cesium that can affect the human body through external exposure and ingestion. Other deadly isotopes present in the disaster have long passed their half-life stages: iodine-131 after eight days, and cesium-134 after two years. Cesium-137 is the last of that deadly trio of isotopes. But the harmful impact of the accident is still far from over. With tests revealing that the cesium-137 around Chernobyl is not decaying as quickly as predicted, scholars believe that the isotope will continue to harm the environment for at least 180 years—the time required for half the cesium to be eliminated from the affected areas by weathering and migration. Other radionuclides will perhaps remain in the region forever. The half-life of plutonium-239, traces of which were found as far away as Sweden, is 24,000 years.

The world has already been overwhelmed by one Chernobyl and one exclusion zone. It cannot afford any more. It must learn its lessons from what happened in and around Chernobyl on April 26, 1986.

Adapted from Chernobyl: The History of a Nuclear Catastrophe by Serhii Plokhy. Copyright © 2018 by Serhii Plokhy. Available from Basic Books, an imprint of Perseus Books, a division of PBG Publishing, LLC, a subsidiary of Hachette Book Group, Inc. 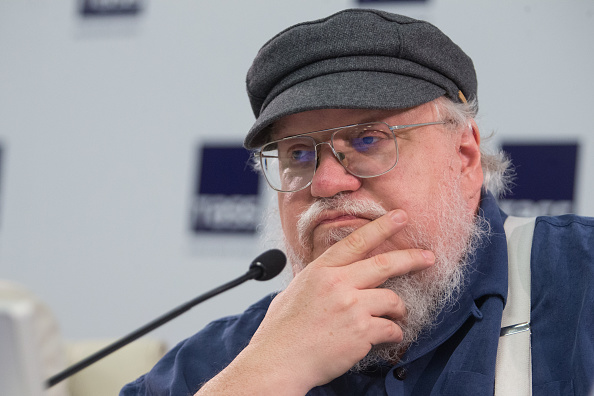 George R.R. Martin Has Some Bad News for Game of Thrones Fans
Next Up: Editor's Pick