In a statement Thursday morning, Jackson described these allegations as “completely false and fabricated.”

“Unfortunately, because of how Washington works, these false allegations have become a distraction for this President and the important issue we must be addressing — how we give the best care to our nation’s heroes.”

In an interview on Fox and Friends on Thursday morning, President Donald Trump blasted Democrats – calling out Montana Sen. Jon Tester repeatedly – for lodging allegations that he called unsubstantiated.

Trump warned that Tester, who is in a tough reelection battle in November in deeply red Montana, is in for a reckoning at the polls.

“For him to be doing this to this man and this family, I think Jon Tester has a big price to pay in Montana,” Trump said.

Trump also said that it was his idea – not Jackson’s – for his personal physician to run the government’s second-largest agency. Trump emphasized that Jackson’s experience was sufficient because “nobody” would be fully qualified to run the VA because of its massive scale.

Jackson, a Rear Admiral in the U.S. Navy who has worked as a doctor in the White House since 2006, faced pressure to withdraw his name from consideration in recent days facing allegations that he repeatedly drank on the job and overprescribed drugs like Ambien. He was so liberal in doling out these prescriptions, sources say, that he was nicknamed “Candyman” by colleagues.

He also allegedly wrecked a government vehicle while under the influence of alcohol at a Secret Service going-away party.

Jackson has denied the allegations.

The allegations first appeared in a document compiled by Democrats on the Veterans Affairs Committee that was provided to media outlets. 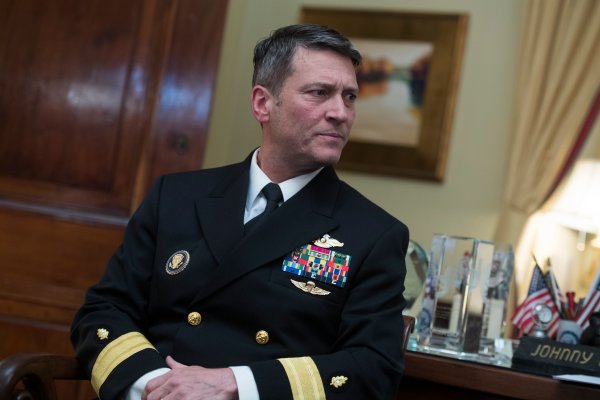 Trump Suggests His Own VA Nominee Should Drop Out
Next Up: Editor's Pick