The Men Accused of Raping and Murdering an Eight-Year-Old Girl in India Are Standing Trial. Here’s What to Know

People take part in a 'Not In My Name' protest against the Kathua and Unnao rape cases, New Delhi, April 15, 2018.
Arvind Yadav—Hindustan Times/Getty Images
By Kamakshi Ayyar

The trial of seven Hindu men and one juvenile who have been charged with the brutal rape and murder of an eight-year-old Muslim girl in the Indian state of Jammu and Kashmir is set to begin in earnest Saturday, in a case that has shocked the South Asian nation and thrown India’s religious and political divisions into the spotlight.

The case has sparked nationwide outrage with thousands marching through the streets in cities including Mumbai, New Delhi, and Bengaluru, to condemn the attack and call for swift justice. The case has drawn parallels with the huge protests in the wake of the 2012 gang rape of a 23-year-old student on a bus in New Delhi.

Protesters were spurred on by another case involving a 16-year-old girl who was allegedly raped by a local politician of the ruling Bharatiya Janata Party (BJP) in Uttar Pradesh state last year.

Amid the widespread anger, India’s government approved the death penalty for convicted rapists of girls under the age of 12.

In addition to the horrific nature of the girl’s rape and murder, communal undertones to the crime have divided people along religious fault lines, with some right-wing Hindu groups protesting in defense of the accused.

Police say that the eight-year-old girl was kidnapped while she was grazing her family’s horses in the forests of Kathua, a district in the restive Jammu and Kashmir state on Jan. 10. She was allegedly drugged and held in a local temple for five days where she was repeatedly raped. The charge sheet said she was strangled to death and hit twice on the head with a heavy stone. Police found her body in a forest on Jan. 17.

The girl belonged to the nomadic Gujjar-Bakarwal community, a Muslim ethnic group that make their living herding and trading livestock. Over the years there have been tensions between the Gujjars and Hindus in the region over land use and the right to forest resources. The Muslim-majority state has seen communal tensions flare up with Hindu groups in certain areas in the past.

Investigators allege that the girl’s rape and murder was planned in order to send a message to the nomad community, a sign that they are not welcome in the area.

Six days after the girl’s body was found, the state’s chief minister ordered an investigation, according to the BBC. Sanji Ram, a 60-year-old retired government officer and caretaker of the temple where the alleged crime took place, is accused of plotting the murder with four police officers Deepak Khajuria, Surender Verma, Anand Dutta and Tilak Raj, the Hindu reports. Ram’s son, Vishal Jangotra, and his nephew, a juvenile who cannot be named for legal reasons, and his friend Parvesh Kumar were also arrested and face trial on April 28.

Right-wing Hindu groups have protested the arrest of the eight accused men, and two lawmakers from the BJP party in Jammu and Kashmir were forced to resign from the coalition-based state cabinet after joining a rally calling for their release. They say they believe the men have been framed and the investigators are prejudiced against Hindus. A group of lawyers in Kathua even tried to stop police from filing the charge sheet against the men in court in early April.

A lawyer representing the victim’s family was reportedly threatened with rape and death threats for taking up the case, according to the Guardian.

But the case gained nationwide attention in April after the horrific details of the investigation were made public. Thousands joined marches across India demanding justice for the girl, with many rallying online around the hashtag #NotInMyName, which was started in 2017 to protest increasing Hindu violence against minorities.

Protesters also rallied around the hashtag #Unnao in support of the teenager who was allegedly raped by a local BJP lawmaker in Uttar Pradesh. In early April, the girl tried to set herself on fire in front of the state’s Chief Minister’s home after police refused to take up her case.

And Swati Maliwal, the head of the Delhi Commission for Women, went on a nine-day hunger strike demanding stricter punishments for those convicted of raping children and faster processing of such cases.

What did Prime Minister Modi say?

Prime Minister Narendra Modi was criticized for his delayed response to the attack, with many calling him out on social media. In a speech on April 13 the prime minister broke his silence, saying, “I want to assure the country that justice will be done and fully. Our daughters will get justice.” Opposition leader Gandhi on Twitter said, “your silence is unacceptable” and asked, “Why are accused rapists and murderers protected by the state?”

The public outrage against Modi and the alleged involvement of his BJP party in both cases could threaten to weaken him as he stands for re-election next year.

In the wake of the 2012 gang-rape of the student in New Delhi, the government introduced legislation for stricter rape laws. Harsher punishments were enacted for rape, including longer prison terms and the death penalty in some cases. The ambit of crimes against women was widened to include stalking, voyeurism and acid attacks. Fast-track courts were set up to process rape cases quicker.

Since then, reported rape cases have risen 60% to 40,000 in 2016, with child rape accounting for 40%, according to Reuters. Despite the fast-track courts, the sheer volume of backlogged cases in India’s court system (133,000 in 2016) means justice is hardly ever swift and even when a decision is reached, the conviction rate hovers around just 25%.

Nausheen Yousuf, program manager of the litigation team at Majlis, a Mumbai-based organization that assists women with legal recourse, told TIME that the government does seem to be investing in safety measures, but it is “partly just for show,” especially when national and international media become involved. “Even if you make the law, you cannot divorce yourself from the realities,” she said, adding that most politicians have a loose understanding of rape and the factors that surround it.

The trial for the seven men and one juvenile continues on Saturday. 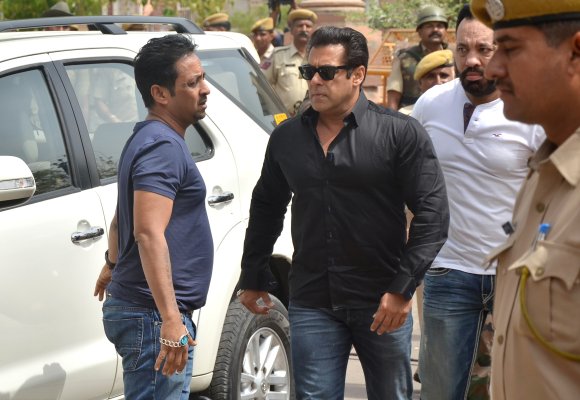