When President Donald Trump again referred to an NBC news anchor in a tweet this week as “Sleepy Eyes Chuck Todd,” people on social media questioned whether the epithet was anti-Semitic, given that Todd is Jewish. Trump had used the descriptor to describe Todd in years past without inspiring much response, but the Twitterverse latched onto this utterance, sending fact-checkers into archives of Nazi propaganda.

The fact that people weren’t sure whether this was ethnically offensive or just a bizarre dig at one man’s facial features is perhaps a reason to give Trump the benefit of the doubt (even if past tweets are reasons not to). While there is evidence of “sleepy eyes” being used as an anti-Semitic stereotype in the past, it isn’t well known these days, so it’s possible Trump wasn’t aware he was blowing a dog whistle. But would it be unquestionably offensive if he used it again? Once a person knows that a word or phrase has a shady past, must it be forever stricken from their vocabulary?

The answer, at least to the second question, is more complicated than it might seem. Take a word like bulldozer. This seemingly neutral term for a specialized heavy tractor has horrific roots. As language writer and editor John Kelly has explained, it comes from the violent intimidation of black voters during Reconstruction, describing beatings that amounted to “a dose of the whip fit for a bull.” By the turn of the 20th century, bulldozing had become a more general term for work one does with powerful machinery, and today “it has mainly lost those racial connotations,” Kelly says. Does that mean we are free to use it with abandon? Or must construction workers everywhere rename that machine, lest they show insufficient respect for America’s dark past?

Or take long time no see. This phrase has gotten past a lot of editors, serving as the title of no fewer than six books, including a novel about a blind couple and another about a “loving but remote” father. It is a downright common, even cutesy way to indicate that you’re glad to encounter someone. But this phrase does not have cute origins, having originally been used by white people to ridicule the speech of Native Americans. No can do has a similar backstory. It may feel like a friendly way to indicate that you are not able to do something, but it began in the 1800s as a racist mockery of Chinese immigrants. It’s easy to see how the syntax is doing that work once the history is out in the open. So should we “correct” people next time we hear them use these words?

One might make different calls in each of these three cases. That’s because there are logistical limits to language policing, whether you are policing yourself or others. “Every word or phrase has its own history, and sometimes it’s unseemly,” says sociolinguist Ben Zimmer. “But we can’t constantly be monitoring everything we say. That’s a bit too much to ask.” Or as Katherine Martin, the head of Oxford’s U.S. dictionaries, puts it, “I don’t think it’s very practical to expect speakers of English to be aware of the etymology of every word and phrase they use.” And the meaning of words is always changing. Kelly points out that the word nice originally meant stupid or foolish, but today it would just be funny if one tried to use it as an insult.

As unsatisfying as it might be, the upshot is that these things have to be decided on a pretty individual basis. One of the key factors is obviously how well known the backstory is, especially by the person using the word. Another is one’s audience. Now that major news outlets have disseminated information about the history of “sleepy eyes,” it’s much more likely that people would be upset by Trump using it to describe a Jewish person in front of his 51.2 million Twitter followers — in part because it’s very reasonable to expect that he knows those roots now, even if he didn’t before.

Another question is how useful or irreplaceable the word is. With a term like bulldozer, it is unlikely that many people beyond etymologists and their Twitter followers would give a moment’s thought to race relations when hearing it. Plus, the practical hurdles of getting everyone to call this piece of equipment by a new name — when there is as yet no alternative — are enormous. Yet we can easily say “It’s been a while” instead of long time no see. Trump could no doubt find some other superficial means of denigrating Chuck Todd. And there are plenty of replacements for a word like basket case, another good one to consider avoiding. Though it is used today to refer to someone who is very stressed out or anxious, the term originally referred to World War I soldiers who lost all four limbs and literally had to be carried off the battlefield in a basket.

Many cases are debatable. Take a verb like grandfather, meaning to exempt certain privileged people from requirements. That usage also goes back to Reconstruction, Martin notes. With hopes of suppressing the black vote, U.S. states passed laws that allowed people to vote without meeting “stringent conditions” only if they were descendants of people — like their grandfathers — who voted before 1867. It certainly puts a damper on the notion that being “grandfathered in” is a good thing, but there also aren’t a lot of exact synonyms.

Or consider drinking the Kool-Aid, colorful slang for showing blind loyalty to something — which happens to come from the mass murder-suicide of people at Jonestown in the 1970s. “The way that people sling the word around is very lighthearted but the thing it refers to isn’t very lighthearted,” Martin says. “Yet that’s what slang is, slang is always pushing the envelope.” The very point of slang can be to defy the conventions of polite society, in a way that can be bonding for the people, suggesting an affinity in their points of view. As lexicographer Jonathan Lighter has said, “Slang often carries with it striking overtones of impertinence or irreverence.”

Context can make all the difference. For example, American English is full of metaphors that derive from guns and shooting. Silver bullet. Take aim. Put in the crosshairs. While it would be a stretch to suggest that using these in casual conversation does anyone harm, it would certainly be a good idea for a politician to avoid them in a statement they put out after a mass shooting. “It’s worth being aware of these things from an editorial perspective because you can distract from your message,” says Martin. “It can come across as insensitive.” Yet even in this hypothetical scenario, one could probably get away with using a phrase like flash in the pan, because so few people know or care that the phrase refers to activity involving gunpowder.

Sometimes these cases are open-and-shut, even when words had innocuous beginnings. Kelly notes that the word retarded, which decent people have agreed to stop using, simply meant to “hold back” or “hinder” long before it became a widespread slur for people with low IQs. Oriental simply referred to the Far East, he adds, before it became an offending shorthand that made no distinctions among people who came from the many different countries in that part of the world.

There are even words with nothing controversial in their linguistic past that it would be wise not to use. Take words like niggardly and renege, which have squeaky clean etymologies but sound an awful lot like the N-word, leading to people to sometimes think they’re related. Such words have the potential to offend, however mistaken the reasoning might be. Zimmer points out that spurious origins also haunt phrases like rule of thumb, which, so far as we know, does not relate to beating one’s wife except in popular legend. “That doesn’t mean we need to ban it in the language,” Zimmer says. “Just be aware there are certain resonances.”

That may be the best (ahem) rule of thumb in general. There are legitimate complaints to be made about political correctness when language policing goes too far or demands too much from people. There is also little to be lost by making choices that are sensitive to undertones certain people might hear. “Sometimes finding a substitute is just a decent thing to do,” Kelly says. And sometimes it’s the only decent thing. “That’s a calculation,” he says, “that we owe it to each other to make.” 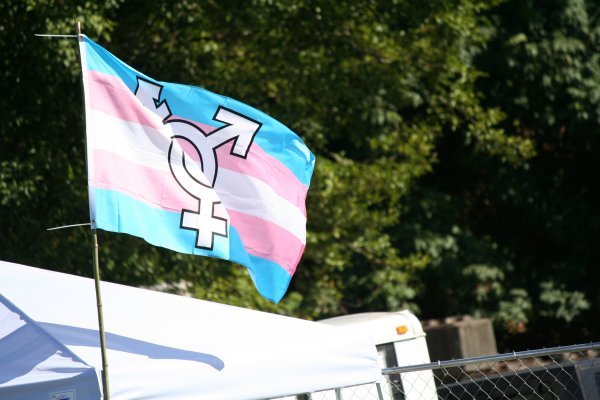 The Oxford English Dictionary Added 'Trans*.' Here's What the Label Means
Next Up: Editor's Pick