Snap Inc. is determined to make its camera-equipped sunglasses a hit.

The company is launching an updated version of its Snapchat-connected Spectacles that offers several improvements over the original model, including the ability to take still photos and a new water-resistant design. The refreshed Spectacles will cost $149.99 — $20 more expensive than the old $129.99 version — and will be available to order through Snap’s website on April 26.

Snap’s new eyewear has the same general look and feel of its predecessor, but in a noticeably slimmer form factor. This is particularly evident when looking at the modules on the left and right sides of the glasses near its arms, where internal components like the battery and image processing sensor sit. This area is now smaller and sleeker, making it fit in more naturally with the rest of the body. The updated design also includes a new color pattern on the arms that’s no longer a solid color and instead fades to a clear finish. The signature yellow ring that wraps around the camera lens on the front of the Spectacles is also gone.

Snap will be offering the second generation Spectacles in three colors: onyx, ruby and sapphire; the old version came in black, teal, and coral.

Read more: Review: Fitbit’s New Smartwatch Is the Biggest Threat to the Apple Watch Yet

While support for still photography and water resistance may be the biggest changes, Snapchat’s parent company has also made other improvements around the audio experience and exporting process. The new Spectacles will have two microphones to improve the audio quality of far-field voices and for canceling out unwanted noise like wind. An upgraded Wi-Fi chip also makes it possible for the glasses to transfer content to your phone’s Snapchat app more quickly. Photos and videos will be automatically imported in high definition over Wi-Fi, unlike the first model which first imported videos in standard definition over Bluetooth. Image quality should also see an improvement in the second generation Spectacles, considering the new version has 25 percent more pixels in the camera sensor compared to the original edition.

The battery life, however, is about the same as that of the old model, which means users should expect to capture about a week’s worth of videos and photos. This amounts to roughly 70 videos and between three and four times as many photos. The new Spectacles charging case, which is also more petite this time around, should be capable of providing four full charges for the Spectacles. Snap is also offering prescription and polarized lenses to Spectacles buyers in the U.S. for the first time thanks to a partnership with lens retailer Lensabl. Although it was possible to swap out the lenses on the original version, Snap would suggest that customers contact a certified optician to do so.

Taken together, Snap is hoping these enhancements will help users and content creators explore ideas that may have been off-limits in the past due to the older model’s limitations. That’s particularly important as Snap reels from the near $40 million it lost in unsold Spectacles, as the company revealed in its earnings report for the fiscal third quarter of 2017.

But above all else, Snap needs to be better about telling potential buyers why they want a pair of Spectacles in the first place. Right now, it’s unclear if the company will achieve that with this new model, or if it’s simply getting rid of some of the barriers that have existed for those who are already interested in Spectacles. 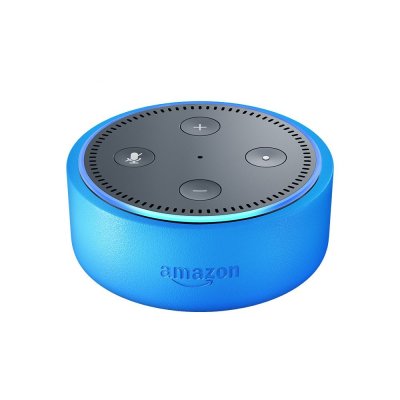 Amazon is Launching a New Echo For Kids
Next Up: Editor's Pick