Although the Duke and Duchess of Cambridge have yet to reveal the name of the third royal baby, Prince William certainly hasn’t been shy about dropping possible hints on the matter.

After notably calling out the name of a photographer while leaving St. Mary’s hospital with Kate Middleton and their newborn son on Monday, it seems the prince has again fueled the baby-naming rumor mill.

While attending an early morning Anzac Day memorial service at Westminster Abbey alongside his brother, Prince Harry, and future sister-in-law, Meghan Markle, on Wednesday, William was bombarded with questions about the new royal baby’s unannounced moniker, according to People.

William, of course, gave no definitive answer on the subject. However, when someone in the crowd suggested the name Alexander as an option, the Duke of Cambridge was quick to supply the cryptic response, “Funny you should say that.”

Seeing as Alexander is already the middle name of William and Kate’s first child, Prince George, it doesn’t seem as likely a choice as some other contenders. However, that doesn’t mean it’s out of the realm of possibility.

Fortunately, based on the timeline Kate and William followed for their first two children, the wait for the royal baby’s name is likely almost over. It’s expected that the couple will announce the new prince’s name sometime on Thursday. 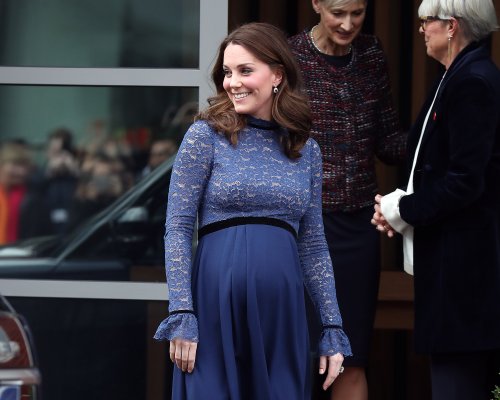