The parents of a terminally ill British toddler have been told they cannot take him to Rome for specialized treatment, a judge ruled Tuesday, in a divisive case that has seen the involvement of Pope Francis and the Italian government.

Alfie Evans is a 23-month-old baby who suffers from an unidentified degenerative neurological condition. His parents, Tom Evans, 21, and Kate James, 20, have been fighting a legal battle with doctors who say that the little boy is in a “semi-vegetative state,” and that further treatment would be futile, the Guardian reports.

A U.K. judge rejected the parent’s appeal to allow Alfie to be transferred to the Bambino Gesu Pediatric Hospital in Rome, just outside the Vatican City. The judge encouraged Alfie’s parents to take a “special opportunity” to spend time with Alfie “for his final days or hours” rather than renew legal efforts for a last-resort treatment. They plan to challenge the ruling and a hearing is set for Wednesday.

Doctors at the Liverpool hospital where Alfie is being treated switched off his life-support systems on Monday. The judge dismissed claims that the boy’s condition was “significantly better” after he continued to breathe on his own after the support systems were switched off.

A representative of a Christian group lobbying for the infant’s parents called Alfie’s survival “miraculous,” according to the Guardian.

The divisive case has galvanized protestors in support of Alfie and on Monday, police stopped a crowd of protesters from attempting to enter the Alder Hey hospital.

Pope Francis met with Tom Evans last week and expressed hope that Alfie’s needs would be “respected,” according to the BBC. In addition, the Italian Foreign Ministry has granted the infant Italian citizenship in an effort to expedite his transfer, the Associated Press reports, and the Bambino Gesu hospital said it has a plane ready to transport Alfie if the courts allowed it.

It is not uncommon for British courts to intercede between parents and medical staff to decide the fate of critically ill children. In a similar case last year, judges rejected a petition from the parents of 10-month old Charlie Gard to seek experimental treatment in the U.S., despite offers of help from Pope Francis and President Donald Trump. In April, Britain’s High Court ruled “with the heaviest of hearts” against additional treatment “to permit Charlie to die with dignity.” Gard died in July. 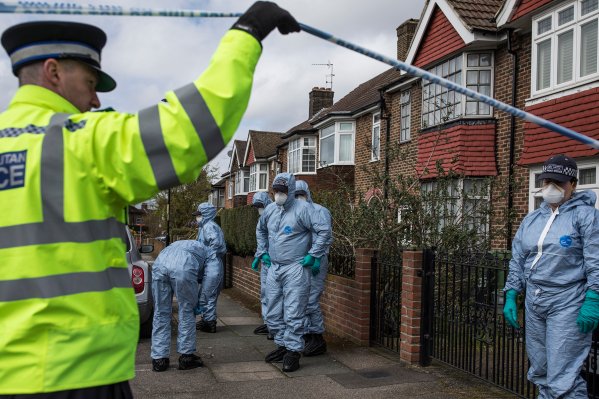