During the TIME 100 gala on Tuesday evening in New York, guests praised the Parkland shooting survivors for the national gun control movement they have led in the aftermath of the tragedy at Marjory Stoneman Douglas High School on Feb. 14.

“I admire them greatly,” said comedian and television host Samantha Bee, adding that, of all those in attendance at the event, she was most excited to see the Parkland students.

Actor Ben Platt, known best for his starring role in the Broadway musical Dear Evan Hansen, said he was happy to see the students—including Cameron Kasky, Jaclyn Corin, David Hogg, Emma González and Alex Wind—relaxing and having a nice time. “They’ve been working so hard for all of us,” said Platt.

Rajesh Panjabi, the co-founder and CEO of Last Mile Health, added: “What you’re seeing with the Parkland students … I think is reminding us … that really our future is in own hands, it’s not written for us.” 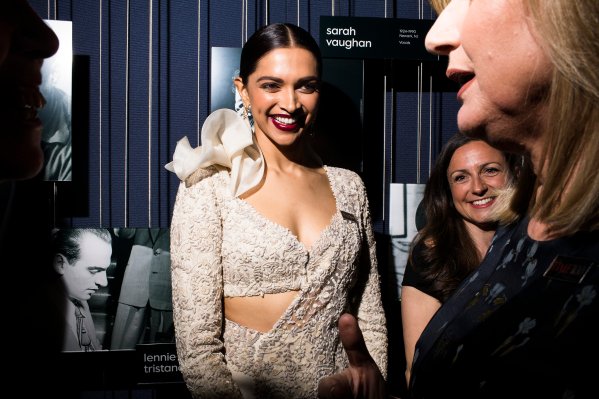 TIME 100's Deepika Padukone: 'We're All in This Together'
Next Up: Editor's Pick