Guests at the TIME 100 gala on Tuesday—from Jennifer Lopez to Mia Farrow—praised women for standing up against sexual violence as part of the MeToo movement.

“I think this year has been very important because it’s the year where people are speaking up and we’re saying no more, we’re saying time’s up, and we are pushing for everyone to feel safe,” said Olympic gymnast Aly Raisman. “We’ve come a long way, but there’s still a lot more to go, but at least we can be hopeful that there are a lot of good people out there that are supporting us and are ready to help us fight for change.”

Activist and TIME 100 honoree Tarana Burke said she’s seen a shift in how Americans view the issue of sexual violence. “In six months we’ve seen a change in the national dialogue around sexual violence that we’ve never seen before,” she said.

“Watching everything that’s happening with women, finding their voices, standing up for themselves, all of the groundwork that was laid last year and into this year … the world is changing,” said TIME 100 honoree and entertainer Jennifer Lopez. “And it’s changing for our daughters and we are super excited about that.” 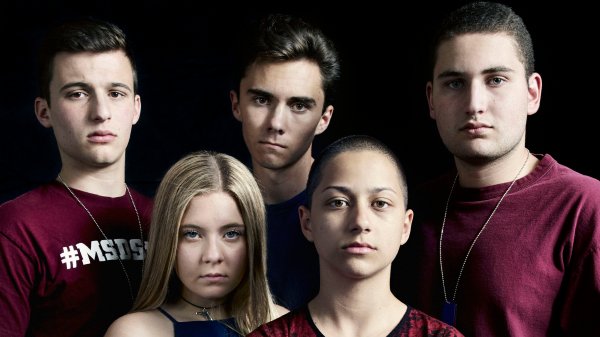