Asked if she had any advice for Trump, Waters, who represents California’s 43rd District, issued a request.

“Please resign,” said Waters, who was named one of the most influential people of the year in the 2018 TIME 100. “So that I won’t have to keep up this fight of your having impeached because I don’t think you deserve to be there. Just get out.”

Waters is one of the most vocal politicians calling for Trump to be removed from office, and has suggested impeaching the president multiple times since his inauguration.

In the 2018 TIME 100, actor Yara Shahidi commended Waters for saying “what many of us are thinking,” from her declaration of “reclaiming my time” to her dedication to taking Trump out of the office of the presidency.

“She is adored and admired by people who care about social justice and is oh so eloquent in letting the world, particularly the white men of Congress who dare test her acumen, know that she is not here for any nonsense,” Shahidi said. 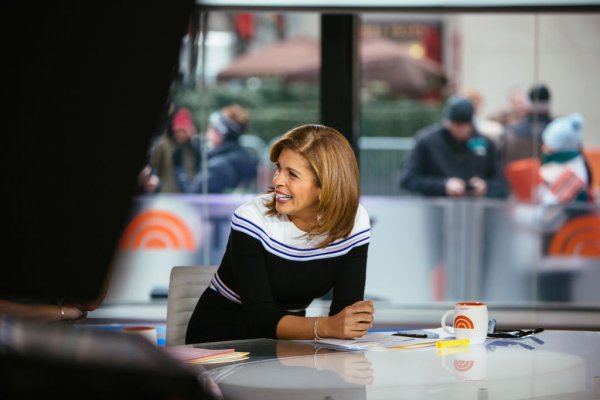 TIME 100's Hoda Kotb: My Daughter Has Taught Me 'How Much a Heart Could Feel'
Next Up: Editor's Pick