Janet Mock, Maxine Waters, and Ben Platt On What Makes Them Optimistic About the World in 2018

By TIME Video and Casey Quackenbush

Janet Mock, Christopher Wylie, Gayle King, John Dickerson, Ben Platt, and Maxine Waters discussed what makes them optimistic about the world in 2018 during the TIME 100 Gala on Tuesday night.

“What makes me optimistic, specifically this year, is of course the resistance movement, but specifically the creativity that’s come out of that,” said activist and writer Janet Mock. “I think a lot of artists have seen the urgency of the times…just being around other artists who are creating stories, creating works, creating things in these tortured times is super inspiring.”

“What makes me optimistic this year are those kids from Parkland, and the fact that they’re on this list,” said Dear Evan Hansen actor and singer Ben Platt. “Some people that are so sort of young and have had such sort of limited experience with the world already have such goodness within the them and are such fighters.”

From Nicole Kidman to Carmen Yulín Cruz to Adam Rippon, celebrities and luminaries from all industries gathered for the TIME 100 Gala celebrating TIME’s 100 most influential people in the world for 2018. 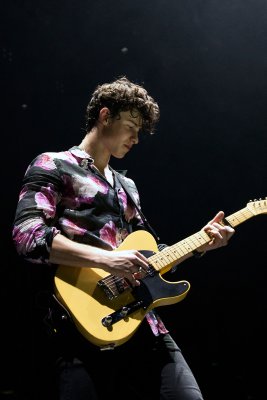 Watch Shawn Mendes's Performance at the TIME 100 Gala
Next Up: Editor's Pick