TIME Editor Edward Felsenthal gave the following remarks at the 2018 TIME 100 gala, held at Lincoln Center in New York City on April 24, 2018. “There are many uncertainties in our industry today,” Felsenthal said, “but I’m more certain of one thing than ever: When we focus our journalism on the right people at the right moments, it can inspire action that changes the world.”

Welcome. It’s wonderful to see so many TIME 100 alumni and so many of our new honorees in the room tonight.

In fact, tonight is a record. We have more of the new TIME 100s with us this evening than in all the years we’ve been doing this event. So thank you to everyone for being here. And a special thank you to my co-host Tom Harty, President and CEO of Meredith Corporation, and to our many colleagues who have worked so hard to make this evening what it is.

The magic of this night, and of this list, is that it brings together people of extraordinary impact across so many different fields. You are CEOs and leaders of nations, Oscar winners and Olympians, artists and activists. You are taking on power structures and taking in refugees. You are pushing us all to no longer accept the unacceptable.

There are many theories about what it takes to alter the world’s currents. At TIME, since our founding 95 years ago this spring, we have always focused on the impact of influential individuals. That’s why for the first several decades of our history, we put a person on the cover every week. (The exception five years in was a 1928 cover that —completely inexplicably—featured an unnamed baby basset hound from Huntington, Long Island.)

Not that we were the first to focus on individuals. As TIME founder Henry Luce used to say, “TIME didn’t invent personality journalism. The Bible did.”

It is not really overstatement to say that some of the achievements collected in the room this evening are of Biblical proportion.

In September, astronaut Peggy Whitson marked her 665th day in space, breaking NASA’s record for the most cumulative days living above the earth. Dr. Whitson is with us tonight.

In November, Dr. Giuliano Testa, also in the room tonight, enabled a mother born without a uterus to deliver a beautiful, healthy baby boy.

Nice Nailantei Leng’ete, whom you will hear from a bit later, has helped save 15,000 Kenyan girls from ritualized genital mutilation and child marriage.

The TIME 100, always a reflection of its moment, looks quite different this year than in the past. Influence increasingly knows no single zip code and no minimum age. In fact, a record 45 people on the list are below the age of 40. One of you, Chloe Kim, the youngest woman ever to medal in Olympic snowboarding, turned 18 only yesterday. Five of you, high school students from Parkland, Fla., got hundreds of thousands of people around the world to take to the streets and declare what somehow wasn’t obvious to your elders: that, while there is no simple solution, doing nothing in the face of the repeated mass murder of children at school is indefensible.

And while we remain much too far from gender parity in traditional power structures, there are more women than ever on this year’s TIME 100, from the architect reimagining our cityscapes, to the scientist taking on the NFL over brain injuries, to the brilliant actors, activists, and artists who are seizing control of their own narratives.

As Gabrielle Union writes about Tarana Burke, founder of the MeToo movement, one of the 45 women we recognize this year: “She’s not even going to bring more seats to the table — she’s going to turn the table over and build a new one.” You’ll hear from Tarana later this evening as well.

And finally, a word about journalism. This has been a year of ferocious attacks on the press. And yet it has also been a year of phenomenal reporting, with journalists rising to the ever-changing demands of our business and to the challenges of a world in which truth is too often a casualty. We’re proud to include on the TIME 100 a group of reporters whose work this year helped bring about an extraordinary and long-overdue cultural reckoning.

I would also like to recognize my colleagues at TIME, who continue to uphold the standards that have defined this brand for almost a century, while leading the way in innovating for the next century, including winning a television Emmy this fall with our partners at PBS who are here tonight.

There are many uncertainties in our industry today, but I’m more certain of one thing than ever: When we focus our journalism on the right people at the right moments, it can inspire action that changes the world. 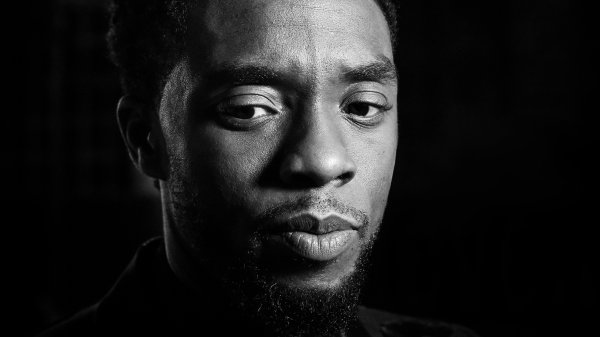 See the TIME 100 in One Minute
Next Up: Editor's Pick