President Donald Trump suggested that his own Veterans Affairs nominee, Rear Adm. Ronny Jackson, drop out, arguing that the Senate confirmation process is “too ugly and disgusting.”

Speaking at a joint press conference with French President Emmanuel Macron, Trump said that he was not aware of the “particular allegations” about improper workplace behavior leveled at Jackson, who currently serves as the White House physician, but he said he suggested Jackson consider withdrawing.

“I said to Dr. Jackson, ‘What do you need it for?'” he said. “I don’t want to put a man through a process like this. It’s too ugly and disgusting.” He said that Jackson will be making the choice on whether to drop out: “It’s totally his decision,” Trump said.

Jackson, who first drew attention after he gave Trump’s annual physical at a January press conference, had his confirmation hearing delayed after top Republicans and Democrats raised concerns about his lack of relevant management experience and allegations of improper conduct on the job.

“We need to know if allegations raised by others may have some factual basis. That’s the process of vetting that has to occur,” Sen. Richard Blumenthal told reporters Monday.

Jackson told NBC News that he was disappointed about the delay.

“I’m looking forward to the hearing, so we can sit down and I can explain everything to everyone and answer all the senators’ questions,” he said.

At the press conference, Trump did not rebut any of the as-yet undetailed claims but vouched for Jackson overall.

“I haven’t heard of the particular allegations, but I will tell you he is one of the finest people I’ve met,” Trump said at the press conference. 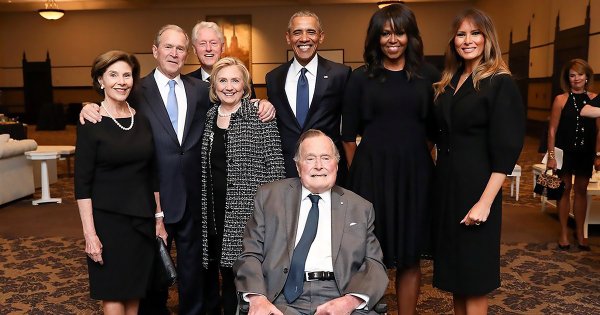 George H.W. Bush Hospitalized With an Infection
Next Up: Editor's Pick