'It's OK to Fight For It.' Bollywood Star Deepika Padukone on Demanding Equal Pay

If you aren’t already one of Deepika Padukone‘s nearly 23 million Instagram followers, 24 million Twitter followers or countless other fans, now would be the time to get familiar. Padukone, newly named to the 2018 TIME 100 list as one of the world’s most influential people, is an Indian actress and Bollywood superstar. She’s one of the highest-paid actors in India, and even caught the eye of Vin Diesel to nab a first Hollywood role in his Xander Cage movie. On Tuesday night, TIME caught up with Padukone at the TIME 100 Gala to ask her about developing the confidence as a woman to ask for better pay.

“You can feel a sense of — am I stepping over the line, do I deserve it? But if you believe you deserve it, then you do,” Padukone insisted. “For years, we’ve been made to feel we should be OK with settling for less, with sometimes a promise of getting something more later on. But I think you should get what you think you deserve. It’s OK to fight for it, and it’s OK to feel uncomfortable initially, because that’s just the way we’ve been made to feel for so long.”

In the written tribute to Padukone for the TIME 100, Diesel was nothing but effusive. “So often in the entertainment industry we deal in stereotypes, and people get stuck in certain markets,” he reflected. “Deepika is the best Earth has to offer. She’s not just here to represent India; she’s here to represent the world.” With friends like that, it’s only a matter of time until she breaks big beyond Bollywood. 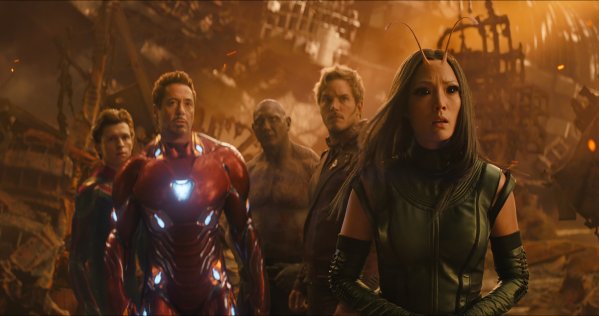 Avengers: Infinity War Checks All the Boxes. That's Exactly What's Wrong With It
Next Up: Editor's Pick