President Trump Was Asked About Pardoning His Lawyer. He Called It a 'Stupid Question'

President Donald Trump refused to answer whether he would pardon his personal attorney, calling it a “stupid question.”

Sitting with French President Emmanuel Macron at the White House on Tuesday, Trump was asked if he would consider pardoning Michael Cohen, whose home and offices were raided by federal prosecutors earlier this month.

“Thank you very much,” he said. “Stupid question. Go ahead, anybody else please?”

Immediately after the Cohen raid, Trump responded angrily, calling it “a disgrace” and “an attack on our country.” He later complained on Twitter that “attorney-client privilege is dead!” Over the weekend he also harshly criticized a New York Times report on Cohen, arguing that reporters were trying to “destroy” his relationship with Trump “in the hope that he will ‘flip.'”

White House spokeswoman Sarah Huckabee Sanders would not rule out a pardon during a recent press briefing, calling it a “hypothetical situation.” 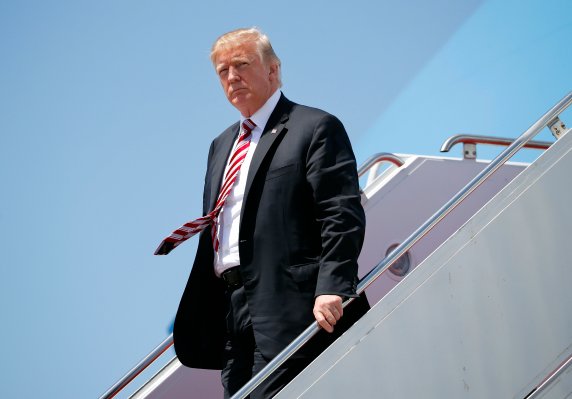