Shabazz Napier of the Connecticut Huskies reacts during the NCAA Men's Final Four Semifinal against the Florida Gators at AT&T Stadium on April 5, 2014 in Arlington, Texas.
Ronald Martinez—Getty Images
By Alice Park

PHOTOS: Moments of Madness: Weird Photos From the NCAA Tournament

In an evenly matched game like tonight, luck likely won’t be part of the winning narrative. In such compatible games, fans and players alike tend to focus more on skills and ability when it comes to explaining the final score, says Ed Hirt, professor of psychological and brain sciences at Indiana University — and not the lucky three-pointers, impossible cross-court shots, or questionable calls by a referee that can shift the momentum of a game from one team to another. That’s because both teams in tonight’s championship have a strong sense of entitlement and confidence in their ability to prevail. So they’ll talk mostly about what they brought to the victory: determination, dedication, and, in the case of Kentucky, perseverance after a shaky start to the season.

MORE: 11 Players You Need to Watch in the NCAA Tournament

For fans of tonight’s losing team, there will still be some mental gymnastics to perform in order to accept the defeat. Psychologists call it “social creativity,” the process by which the vanquished try to make sense of the loss in light of the fact that they had the skills and ability to win. So they focus on the positive: we came further than we thought we would in the tournament, we came in second to all the teams in the NCAA, and we pulled through some tough games to make it this far.

That’s not the case when it comes to less balanced contests — when an underdog challenges an established powerhouse — and wins. In such Cinderella stories, the downside can be that a lower-ranked team doesn’t get as much credit for the victory. “In those situations, it’s more easy to be dismissive of the underdog victor playing well and attribute the cause to the favorite choking or playing poorly,” says Hirt. Take the run that University of Dayton had into the Sweet 16. Having polished off higher-ranked Ohio State, Dayton survived elimination when a last-minute three-pointer by Syracuse failed to find the basket. Post-game conclusion, even by Dayton coach Archie Miller? “Fortunately tonight, [Syracuse] didn’t hit some shots that they probably normally hit,” he told to USA Today. “The defense was great, but you also could play them 10 times, and I don’t think that some of those shots would be missed. So a little bit of luck is on your head.”

“It really is in the eye of the beholder, and that’s why people will have totally different perceptions of the same game,” says Hirt. If Connecticut loses, those fans will have their relatively new coach, and their lower expectations coming into the season, as fodder for creative interpretations of a loss. If Kentucky loses, there was the challenge of quickly melding a group of strangers into a winning athletic unit.

And if the outcome is close? That’s when all that rational focus on skills and effort and heart gets distracted by the drama of the moment and you might start to hear something about luck – if only the referee hadn’t made the charging call; if only the rimmed throw had gone in. Fans can be so fickle. 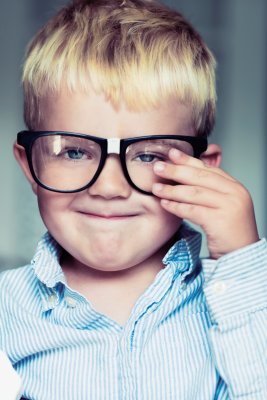 The Single Most Proven Way to Get Smarter and Happier
Next Up: Editor's Pick