Mere hours after Prince William and Kate Middleton left St. Mary’s Hospital with their newborn son on Monday, the Obamas were already making plans to meet the third royal baby.

Following the still unnamed prince’s introduction to the world outside the hospital’s private Lindo Wing, Michelle Obama took to Twitter to congratulate the Duke and Duchess of Cambridge on the newest addition to their family and lay the groundwork for a future visit with the young royal.

“Barack and I are thrilled to congratulate The Duke and Duchess of Cambridge on their newest arrival,” she wrote. “We hope to meet him soon for a Kensington Palace pajama party. I’ll wear my robe!”

The former First Lady’s proposal included a photo of the Obamas’ meet and greet with Kate and William’s first child, Prince George, at Kensington in 2016—an occasion for which the then 2-year-old prince donned an adorable mini white robe. 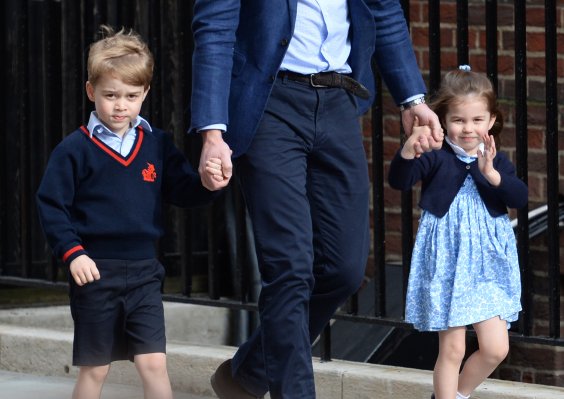 Princess Charlotte and Prince George Have Very On-Brand Reactions to Their New Baby Brother
Next Up: Editor's Pick