Christina Aguilera Gets an Assist From Melissa McCarthy on Carpool Karaoke

When Christina Aguilera made her Carpool Karaoke debut, she didn’t come alone. The singer stopped by The Late Late Show on Monday night to sing some of her songs with James Corden.

Aguilera settled into the passenger seat and sang parts of some of her biggest hits like “Dirrty” and “Genie in a Bottle” alongside Corden, who managed to keep hold of the steering wheel while Aguilera showed off her impressive skills. When she got to “Fighter,” Corden couldn’t help but ask for a few tips on how to make his voice sound a little like hers. “That’s an angsty thing, you’ve got to get your fighter on,” she explained. Corden wasn’t sure he would be able to mimic her at his next karaoke party, though, because he sounded “like I’ve got something trapped in my throat.”

When the duo moved on to singing Aguilera’s 2002 single “Dirrty,” Aguilera revealed her secret weapon—Melissa McCarthy. The actress and comedian appeared in the back seat to deliver a fierce take on Redman’s featured rap, which appeared in the original song.

“You two know each other. You’ve known each other a while, yes?” Corden asked the two stars.

“We’ve known each other a while,” McCarthy said, nodding. “We did a picture together — Life of the Party.”

“Which we obviously are,” Aguilera added. No arguments here. 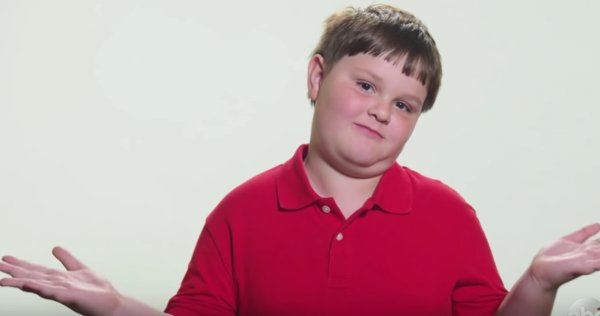