Amazon Will Start Delivering Packages Straight to Your Parked Car

Amazon.com Inc. has partnered with General Motors Co. and Volvo Cars to deliver packages to car trunks in 37 U.S. cities, as the e-commerce giant seeks new delivery methods for customers who may be wary of leaving packages outside or allowing couriers into their homes.

The app-based service, which lets car owners provide delivery agents with keyless access to trunks, is an example of how Amazon is exploring new methods of delivering goods to customers. It also follows moves by competitors to get their technology into cars, such as Alibaba Group Holding Ltd.’s partnership with Daimler AG, Volkswagen AG and Volvo to bring its digital assistant to autos in China.

The two carmakers are logical partners for Amazon. GM has millions of cars that are wirelessly connected. With Volvo, the collaboration with Amazon is an expansion of a service that has been available in Sweden and Switzerland since 2015 through the Swedish carmaker’s Volvo On Call app.

“I think what we’re doing in the U.S. with Amazon will be even more seamless and the adoption will be stronger,” Atif Rafiq, chief digital officer at Volvo Cars, said in a phone interview. “For Volvo owners this is another way to take advantage of how they can use the car.”

The in-car delivery scheme, available to Amazon Prime members, is an attempt by Amazon to overcome the hesitation that many feel about opening their home remotely for couriers. It’s integrated with the company’s Amazon’s Key service, launched last year to enable customers to automatically open doors for delivery people. While the service has been touted as a way to reduce package theft, security concerns may still be an issue, as 69 percent of Americans say they wouldn’t want to use Amazon Key to let couriers into their home, according to a survey by InsuranceQuotes.com.

“With Amazon Key In-Car, we’re fueling another convenient and secure way to get packages to our customers,” Peter Larsen, Amazon’s vice president of delivery technology, said in the statement.

GM, the top-selling automaker in the U.S., will make the service available in more than 7 million vehicles that have 4G LTE connections, said a spokesman for the Detroit-based automaker. The service can be used in GM models dating back to 2015 across all four of its domestic brands. Rafiq said all Volvos since model year 2012 can support the service.

The Swedish carmaker has enjoyed a renaissance under the ownership of China’s Zhejiang Geely Holding Group Co., upgrading its lineup with new versions of its popular XC90 and XC60 SUVs and a new V60 station wagon that’s made the brand a stronger competitor to the likes of BMW and Mercedes-Benz.

Rafiq, who previously worked at Amazon, said Volvo might take the collaboration beyond the U.S. and into services beyond package delivery.

“It’s a natural path to think more globally with Amazon,” he said. “We will be exploring geographical expansion as well as expansion of other ways to take advantage of the car as a logistics endpoint. That could be other things like returns or more specialized types of deliveries. Everything is on the table.” 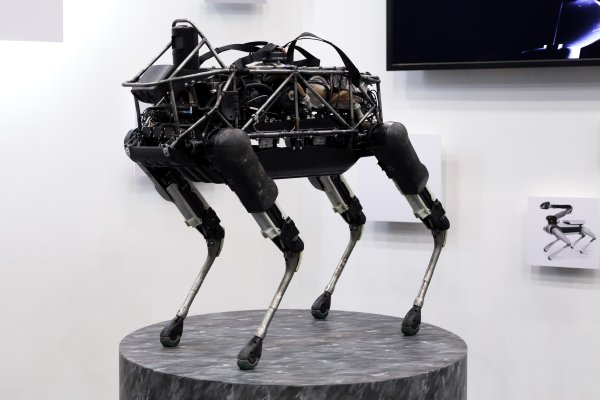 Amazon's Next Secret Project Could Be Robots That Follow You Around
Next Up: Editor's Pick