Scientists have determined that the atmosphere above the planet Uranus is full of a gas that makes the distant planet smell like rotten eggs.

A new study, published Monday in the journal Nature Astronomy, established the chemical composition of Uranus’ upper cloud deck for the first time.

Using an instrument called the Near-Infrared Integral Field Spectrometer (NIFS) at the Gemini North telescope in Hawaii, researchers determined that Uranus’ cloud cover is composed of hydrogen sulfide (H2S) gas, which is what gives rotten eggs their distinctive, noxious scent.

“If an unfortunate human were ever to descend through Uranus’s clouds, they would be met with very unpleasant and odiferous conditions,” said study co-author Patrick Irwin of the University of Oxford, according to the BBC.

Scientists had speculated that Uranus and Neptune’s clouds could also exhibit ammonia ice (NH₃), as on gas giants Jupiter and Saturn, but previous observations from both ground telescopes and the Voyager 2 spacecraft were inconclusive.

The new study revealed atmospheric differences between the gas and ice giants that could answer questions about the planets’ early history, scientists said.

But future space travelers would succumb to Uranus’ hostile elements long before noticing the odor, according to Irwin. “Suffocation and exposure in the negative 200 degrees Celsius [-392 Fahrenheit] atmosphere… would take its toll long before the smell,” he said. 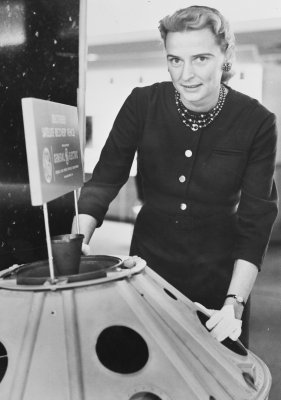 How the Real Pilots of 'Mercury 13' Made the Case for the U.S. to Send Women to Space
Next Up: Editor's Pick