Jennifer Pastiloff had no idea who Allison Mack was when the Smallville actress followed her on Twitter back in 2014. Soon after, when Mack started emailing her, Pastiloff says Mack made a good impression.

But that impression soon changed when Mack began writing her about “intensive workshops,” which the actress described as “the most profound and awesome thing I have ever done.”

Pastiloff says that at that point, she became wary.

“My radar went off when she wrote that these workshops would help me ‘close some gaps you may be finding,’” Pastiloff says, sharing a May 30, 2014, email purportedly from Mack. “I remember thinking there was something weird about this, something sketchy.”

Pastiloff, who was recovering from a broken foot at the time, says she started ignoring Mack’s messages and had all but forgotten about their brief online correspondence. That changed Friday, when word of Mack’s arrest on sex trafficking charges made international headlines.

The allegations against Mack stem from her alleged involvement with the controversial self-help group Nxivm, which one former member has described as a “cult,” and whose co-founder, Keith Raniere, was charged last month with sex trafficking and forced labor.

Now, Pastiloff sees the email exchanges in a new light: As a means to recruit her into Nxivm.

She believes Mack targeted her because of Pastiloff’s focus on empowerment in her yoga work, and also because she had been blogging about her depression and feelings of vulnerability.

According to authorities, Mack is accused of recruiting women to join what was purported to be a female mentorship group within Nxivm that was designed to address their weaknesses. However, investigators claim it was actually a group created by Raniere, who allegedly took advantage of the women sexually.

According to a statement from the U.S. Attorney’s Office in the Eastern District of New York, Mack was allegedly “one of the women in the first level of the pyramid immediately below Raniere.”

As such, she allegedly had “slaves” underneath her, according to the statement, which claims Mack “directly or implicitly required” two women “to engage in sexual activity with Raniere.”

“In exchange, for this, Mack received financial and other benefits from Raniere,” the statement alleges.

Mack has pleaded not guilty to the charges she faces.

‘I Just Knew Something Wasn’t Right’

When she saw news of the arrest Friday, Pastiloff says she immediately remembered what she described as “creepy” email exchanges with Mack, and tracked down the old messages.

“It’s so weird,” she tells PEOPLE. “I’m still in denial about it. The poor girl. I am glad I didn’t actually meet her in person. I just knew something wasn’t right.”

Pastiloff says Mack, who described herself as “vulnerable” in the email, tried to arrange in-person and Skype meetings, but that the two never finalized plans.

Mack, in her email to Pastiloff, also tries persuading the yogi into attending a workshop in Los Angeles.

“It is perfect for you, since you will be laid up anyway,” Mack writes in the email, referencing Pastiloff’s broken foot. “5 days and 12 hours per day of mind-blowing, earth-shifting, heart expanding work.”

Pastiloff believes the workshops would have led to deepening involvement in Nxivm.

“To me, what she was talking about sounded like a cult,” Pastiloff says. “It was bizarre. I thought that’s probably how they get them in, with these workshops. Would you have gone after that email? I had zero desire to ever go to this thing, ever. I think I didn’t really want to connect with her because if we had, I might have gone to one of these workshops and then who knows?” 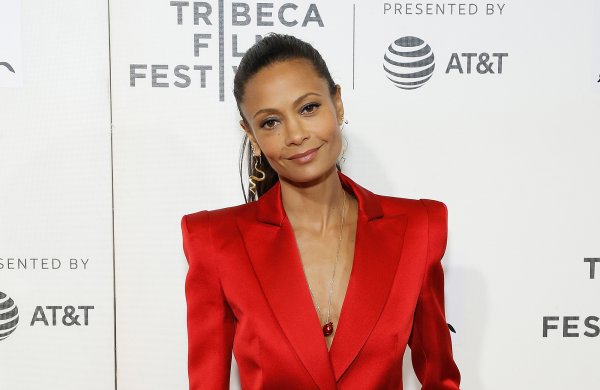 Thandie Newton Confirms That She Will Be Earning Equal Pay on Westworld
Next Up: Editor's Pick