Lena Waithe at the Time 100 Gala at Jazz at Lincoln Center on April 24, 2018 in New York City.
Landon Nordeman for TIME
By Raisa Bruner

Your move, Donald Glover. Lena Waithe is ready to work on the critically acclaimed dramedy, Atlanta.

It’s Lena Waithe‘s year — we’re just living in it. The actor and writer, who has been recognized recently for her Emmy-wining work on Master of None, had a major supporting role in Steven Spielberg’s blockbuster Ready Player One and was a groundbreaking Vanity Fair cover star, came by the TIME 100 Gala at Jazz at Lincoln Center on Tuesday night to celebrate her place as one of the 2018 TIME 100.

She didn’t skip a beat when TIME asked her what TV show she’d like to work on next.

“Atlanta, Atlanta, Atlanta,” she told TIME. “It’s the best show on TV. It doesn’t give a f-ck. It’s black as hell. It’s courageous. Donald is setting a new bar — you have to go to where he is to meet him.”

In fact, in California Senator Kamala Harris’s TIME 100 writeup on Waithe, she praised her voice as an important part of the movement to expand the types of characters — and role models — we see in pop culture. “Thanks to Waithe, diverse communities can turn on the TV and see vivid, funny, deeply real portrayals of people like themselves,” Sen. Harris wrote. 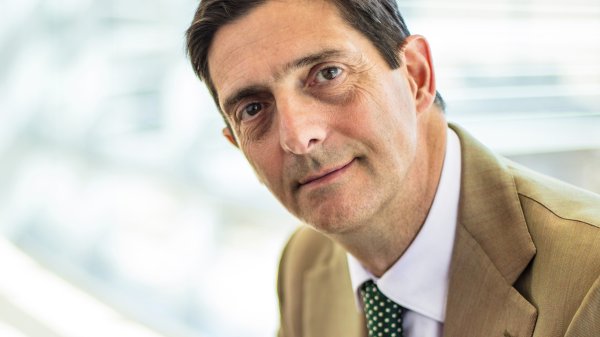 TIME 100's Giuliano Testa: We Should Think About Infertility As a 'Wellbeing Issue'
Next Up: Editor's Pick