When it was revealed that Kate Middleton gave birth to the newest member of the royal family on Monday, April 23, there were plenty of people filled with excitement at the news, but no reaction was as precious as the ones that siblings Prince George and Princess Charlotte had about their new baby brother.

The little prince and princess, who were spotted on their way to visit their mother and the new baby in the Lindo Wing at St. Mary’s Hospital in London, gave two very on-brand reactions to the birth. Charlotte, who’s charmed the press in the past with her exquisite foreign diplomacy skills, offered more sweet overtures by waving to spectators on her way into the hospital. George, however, adopted a cool and casual air as he made the walk into the Lindo Wing, no doubt because as the oldest child who had already welcomed a younger sibling, he felt like a seasoned pro. 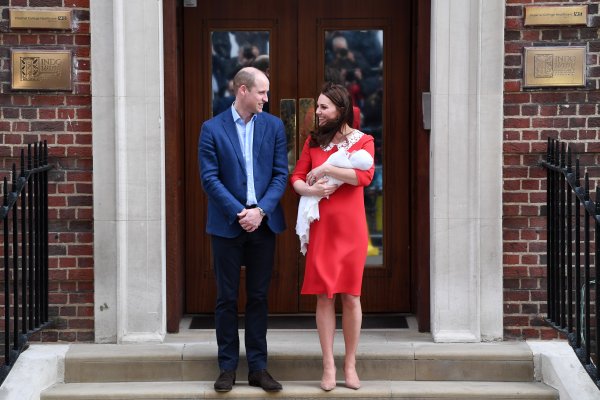 Prince William Might Have Hinted at the Royal Baby's Name
Next Up: Editor's Pick